According to the results of the first three rounds of the Presidential research funding program, 504 pilot projects, 239 youth research teams and 31 laboratories have been awarded grants. Many of ITMO University’s scientists are among them. The winners’ projects are based on various fields of study: from smart city development scenarios to the creation of dielectric metamaterials with unique properties. 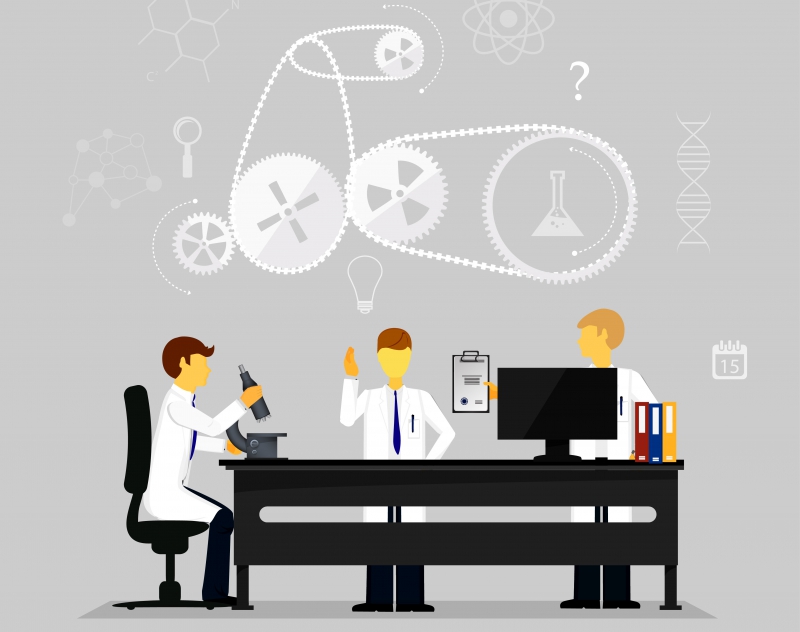 The research funding program was developed by the Foundation per request of President Vladimir Putin. Its main goal is to support long-term projects by top scientists and a creation of career trajectories for promising young scientists. The program was launched in March 2017 and, in just four months, has finished and publicized the results of the first three rounds: one dealing with young scientists’ pilot projects, one for youth research teams led by young leaders and one for world-class laboratories. All the projects that applied for funding had to not only be beneficial to scientific advancement, but to lay the groundwork for solutions to the “great challenges” outlined in the Scientific and Technological Development Strategy of the Russian Federation. Lyudmila Vidiasova, head of ITMO University’s Department of Monitoring Research, was awarded a grant to conduct research into adaptation models for the Smart City concept in the context of the contemporary Russian society. This project aims to seek out the most effective development scenarios for smart cities in modern conditions. The researcher plans to make St. Petersburg a central part of her studies. The first question that will be posed is: “Which possible scenarios would be viable in this city?” It’s important not to just copy whatever practices have proved successful in other countries (like, for instance, Barcelona or some cities in China or the USA), but to come up with an individualized approach for Russia’s northern capital. The second question is: “What sort of social change such a scenario would bring about?” Integration of new technology is not always a smooth process, as not all social groups see them as necessary. In her research, Ms. Vidiasova wants to look at the changes in the interactions between people, as well as the relations between citizens and private or state institutions. The third question is a more global one: it will examine the resulting models to see how the society’s priorities for the smart city concept may change in the mid- and long-term perspective. For that purpose, a large amount of data on the existing smart city models will be gathered. The research will be done in close collaboration with “Smart City St. Petersburg” project office to receive actual empirical data. A survey will also be conducted to determine the citizens’ level of preparedness for adoption of new technologies. After that, multifactor models will be created of how these new technologies can be adapted to St. Petersburg’s conditions so as to make it a smart city not just on paper and actually improve the efficiency of its processes. “A smart city means great amounts of data which flows constantly from many sensors installed in public transport, ecological structures, management systems, utilities, online public services, e-business – all of that becomes one unified technological unit. On the other hand, some of that data is sourced from the people, too – anyone who uses public transit, utilities, various city services, etc. It’s a great deal of Big Data and the project aims to find out how we can make sense of that data and utilize it,” – shares Lyudmila Vidiasova.

Maksim Buzdalov, Associate Professor at ITMO University’s Computer Technologies Department, will use his grant funding to study methods of building effective evolutionary algorithms, which are a part of the machine learning process. These algorithms solve optimization-related issues by “evolving”. Their solutions (the “specimens” of the evolutionary process) can crossbreed, produce offspring, mutate and compete with each other – those that solve a problem better, survive, thus taking part in a “natural selection”. Ksenia Baryshnikova, researcher at ITMO University’s Department of Nanophotonics and Metamaterials, was awarded a Russian Science Foundation grant for her team’s research on creation of dielectric metamaterials with maximum dispersion suppression and electromagnetic (EM) energy accumulation in the near field. A team of young scientists from ITMO University’s International Laboratory of Nano-Opto-Mechanics is offering a new approach to creation of EM energy accumulators. Due to the low absorption of dielectric nanoparticles in the optical band, they can be excited into special “anapole” states in which EM energy is not radiated, but is accumulated inside the system while avoiding parasitic heat gain. This energy can then be used for the purposes of directional transmission and of excitation of dipole transitions in various marker molecules. This effect can be used to build nanosensor and nanolaser systems. In addition, nonradiative near-field sources can be applied in various wireless energy transfer systems. For instance, by accumulating energy in a given area of space near an object, one can perform its controlled transfer from a source into a receptor near the object’s surface. A prime example of that is a charging table which transfers energy to devices laid on its surface.

Another member of the Department of Nanophotonics and Metamaterials, researcher Roman Saveliev, will use his RSF funding to develop efficient sources of single photons based on interaction of diamond color centers with discrete optical wave-guides.

The search for a perfect source of single photons and control of its properties is one of the key research trends in modern quantum telecommunication systems studies. Among the large number of various quantum-based sources, the most interesting ones are systems involving color center nitrogen-vacancy (NV- ) in nanodiamonds that possess various unique properties. To utilize NV- centers as energy-efficient nanoscale single-photon emitters that provide the ability to rapidly modulate the optical signal, it is necessary to ensure that their emitting speed is sufficiently high. The main issue is that the emitting speed of singular NV- centers in a diamond is approximately 80 1/ms, which, at the moment, is a value that is too small to use such sources in practical applications.

Usually, the speed of spontaneous emission in NV- centers can be increased through nearby placement of various optical resonators, but this method is only viable at the experimental stage and in some particular applications. Another way of controlling the emission properties of NV- centers in planar optical integrated circuits is by placing them in proximity of an optical wave-guide; this method will be used in the aforementioned project. In certain conditions, this configuration allows scientists to direct the larger part of the emitted photons into a localized waveguide mode and to control the light signal. Mr. Saveliev’s project proposes to study the interaction of NV- centers in nanodiamonds with wave-guide structures made of solid or discrete waveguides and arranged as chains of particles with a high refraction index. It is theoretically possible to achieve a significant acceleration in spontaneous emission from quantum sources due to the presence of modes caused by the interaction of connected magnet dipole resonances in individual nanoparticles. The speed of spontaneous emission from quantum sources can also be increased through placing a source “inside” of a discrete wave-guide. Such a discrete wave-guide can be, if necessary, combined with traditional, uniform wave-guides into a single optical element; this would help achieve not only a significant increase in luminescence speed of the NV- center, but to also enable the wave-guide to effectively synergize with highly localized wave-guide modes.

In addition, 12 other researchers from ITMO University have been chosen as recipients of RSF’s grants; among them are: Denis Nasonov, researcher at High-Performance Computing Department (development of methods for representation and processing of complex-structure Big Data using subject-area semantic models), Pavel Smirnov, researcher at International Laboratory “Urban Informatics” (self-managing systems for near-real time Big Data processing), Janusz Hołyst (intellectual Big Data technologies for decision support in finance based on predictive modeling), Marina Balakhontseva, researcher at eScience Research Institute (methods and technologies for intellectual integration of data sources for decision support in personalized medicine and healthcare), Sergey Makarov, senior research associate at Department of Nanophotonics and Metamaterials (hybrid perovskites-based photon sources with use of nanophotonic technologies) and others.