Seven Words that Describe ITMO in 2017

It’s been a fantastic year with lots of victories for ITMO University. We love our university and we love how it’s dynamically progressing and advancing to greater heights, even having a mountain peak named after ITMO. The year is coming to an end and to celebrate we want to share with you seven of the hottest words that describe ITMO in 2017. 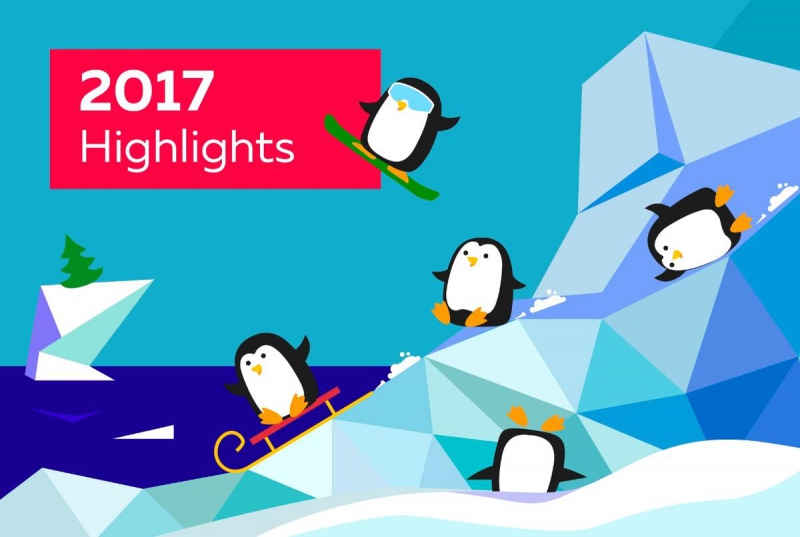 For the seventh time, ITMO University's programming team became World Champions at the ACM International Collegiate Programming Contest World Finals, which took place in Rapid City, SD (USA), setting a new record in the history of the contest. No other university has been able to win the Cup seven times.  The team was personally congratulated by Prime Minister Medvedev soon after and later acknowledged by President Vladimir Putin during his speech at the St. Petersburg International Economic Forum. The long awaited start of construction of ITMO's Highpark campus was announced by the Russian Prime Minister at the “Open Innovations” Forum. The new campus, the name of which was also chosen by Medvedev, will become the largest scientific, educational, innovative and industrial cluster in the south of St. Petersburg. The city’s Governor was elected as the chairman of the board for ITMO High Park expanding the scope of the initiative even further.

ITMO proved itself again as one of the most progressive universities in the country. It was placed 4th amongst the 21 universities participating in Russia’s 5-100 Academic Excellence Project after a dynamic presentation of our strategy and roadmap for the next year. This was the year of robots. One after another ITMO’s robots took to the international stage. From Seldon, the red-haired singing robot who sometimes poses as a public servant to Forester, the robot that is saving the forest. Wirey-haired Seldon took 2nd place at RoboCup Asia-Pacific 2017 for his rendition of Adele’s “Rolling in the Deep” but the real winner was Forester who first won the national competition and then headed to Costa Rica for the World Robot Olympiad (WRO-2017) in November, where it took a gold medal in the Open Category’s Senior age group. The online popularity of the Open Doors film led to winning a Silver “Dolphin” at the Cannes Corporate Media and TV awards. The slogan that ITMO opens doors, which became popular after the film, was then used for a special Russian Graduate Scholarship Project, which was launched this year, attracting international students from around the world to Russia to enrol in Master’s programs in Mathematics, Physics, Computer Science, or Economics.

Sobaka, the Russian word for “dog” is not only the animal sign for 2018, but also the name of a popular online and print magazine sobaka.ru which named ITMO’s team amongst the top 50 influential people in St. Petersburg, particularly in the area of science and life. That’s right, science is cool and ITMO landed in the “cool group” yet again amongst St. Petersburg’s finest.