The results of this year’s ITMO.STARS – a competition for prospective students with unique accomplishments – are in, with 15 participants being awarded free tuition at ITMO University’s program of their choice and the number of application doubling from last year’s. Launched in 2018, the initiative aims to offer talented and motivated high schoolers an opportunity to enroll at ITMO even if their Unified State Exam scores wouldn’t normally allow them to. 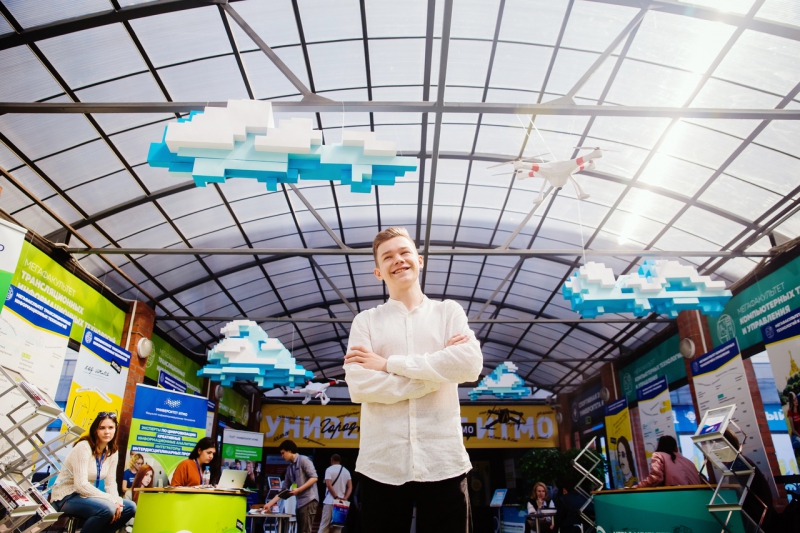 In a twofold increase from the last year’s tally, a total of 134 people applied for participation in this year’s contest. Also expanding was the geographical representation: the 2019 contest has seen participants from over 30 regions and 50 settlements of Russia. Applications came from St. Petersburg, Moscow and the Moscow Region, Kostroma, Vologda, Rostov-on-Don, Ufa, Novosibirsk, Krasnoyarsk, Vladivostok, Yuzhno-Sakhalinsk, and other cities.

As per the main rule of the contest, school students had to provide a real-world proof of their knowledge and skills in the form of independently-developed software or an algorithm, an innovative or research project, a new device or piece of equipment, a social initiative, or awards obtained at various academic competitions and contests.

There is only one formal criterion: for a participant to pass the minimal Unified State Exam points threshold (60 points per subject in most cases).

In the period from May 27 to July 20, 2019, those wishing to participate had to fill out an application on their personal page at the ITMO.STARS website, attaching their template-based portfolio and a motivation letter explaining why they want to study at ITMO University and what projects they would like to implement during their studies.

As in last year, the rules of the 2019 contest didn’t put a limit on a potential number of winners. All applications were subject to evaluation by a competition committee which included ITMO University’s Rector Vladimir Vasilyev, as well as heads and staff of schools, faculties and Admission Office. The authors of the best applications were then interviewed in person or online, in event that they were unable to come to St. Petersburg. The main aim of these interviews is to assess the participants’ knowledge of their chosen field, what their careers or research interests are, and how they plan to spend their time at ITMO University if selected.

In 2019, a total of 15 school students from St. Petersburg, Volgograd, Moscow, the Novosibirsk Region, Saratov, Chelyabinsk, Pskov, and Abakan were selected by the committee as winners of the competition. Among them are winners of academic competitions in robotics and information security, software and mobile app developers, aspiring researchers, and creators of successful social and business projects.

Among the winners in this category is Artem Zaglubotsky from St. Petersburg, prize winner of numerous academic competitions and winner of CTF-styled team competitions in computer security in 2018 and 2019. Last year, forming part of a two-person team, he won the prestigious SPb School CTF-2018 competition.

Several projects in the field of IT were submitted by Petr Volnov, a school student from Moscow. Apart from those, in the course of the past five months he has also been working on an app called Terald, a VK Mini Apps platform-based Telegram client that allows users to view interesting content from different communities in one feed in the style of VK social network’s interface. After its official app catalog release, Terald managed to gather over 50,000 unique users in as little as four days.

Yuri Babalin (St. Petersburg) showcased his original code for enabling smooth interaction between the different devices in a smart house system, while Neola Lisitsyna, a school student from Abakan, developed a biometric security system which is based on saccadic (micro) movement of the eyes and stands out as a promising alternative to the existing biometric security systems.

Not one but several participants competed for the win with their gaming and mobile app solutions. Alexander Mamaev from Chelyabinsk was in the running with VinGo, a neural network-based app enabling gamified interactive tours of the Hermitage Museum. The service provides a user with a set of emojis, using which they have to guess an artwork and locate it in the museum, after which they can learn more about their find in the popular Story format as seen on numerous social media.

Pavel Zolotov (St. Petersburg) developed the application My Day, a modern planner available for devices in the Android operating system. The app is designed to facilitate everyday planning tasks. Another winner of the competition, Alexey Zotov from the city of Saratov, created a mobile solution for the preparation for the Unified State Exam in the English language on the Android platform.

The winning solution of participant Gleb Novikov, from Chelyabinsk, harnesses augmented reality technologies to enhance one’s gaming experience. In development since 2017, his project Stalker GO is a mobile app based on the S.T.A.L.K.E.R video game universe. Its underlying concept has players explore their surroundings to find artifacts using cues indicative of different anomalies. Players navigate the terrain with the help of an interactive map and detectors which identify the location of the artifacts in a number of different ways: with sound and light signals, or an information screen pointing to the whereabouts and approximate position of the object.

Presenting her own scientific project was Polina Pereshivkina from Moscow. Titled “Dream House. The Psychology of Color”, her work explores the impact left by color on people’s perceptions and whether it is possible to use it for accessing the brain’s neural connections.

Robotics whizzkids have traditionally formed a significant cohort of the competition’s participants. This year, the winners’ ranks in this category included Sofia Liberman from St. Petersburg, a participant of the FIRST Tech Challenge contest and team captain at numerous robotics competitions. Sofia also has the experience of working at one of Skolkovo’s resident companies, Motorika.

Another school student from the city on the Neva, Vladimir Dmitriev’s record includes qualifying at the Russian stage and participating in the international stage of the RoboСup Junior competition held in 2018 in Canada and in July of 2019 in Australia in the Soccer Lightweight and Soccer Open tracks respectively. Neon, the team he assembled to participate in the Soccer Lightweight category, won the Russian stage and received high acclaim at the 2018 world competition in Canada.

Bioengineering is another important field popular among ITMO.STARS entrants. For one, the 2019 winner Sofia Vershinina, of Pskov, conducted a project studying biogenic substances and oil derivatives in the waters of Lake Peipus. Her work was recognized as one of the best at the national forum for young scientists “Step into the Future”, and also awarded a second-tier diploma in the “Nobel Prize” nomination, doubling up as the official recommendation to include Sofia into the Russian delegation for presenting her research at the annual Stockholm International Youth Science Seminar (SIYSS).

In his turn, Timofey Meshanov from St. Petersburg authored a chemical method for preventing the corrosion of metal parts in an aqueous medium without lifting it to the surface. For this, he developed a concept for an underwater robot that would conduct all the necessary operations.

The 2019 ITMO.STARS nominees also included authors of successful social and business initiatives. For one, Nikita Meshcheryakov from the Bakmasikha village in the Novosibirsk Region submitted the project “Safety Every Day”, proposing solutions for the manufacturing and distribution of safe and stylish reflector-equipped workwear. It has to be noted that not only did Nikita win the ITMO.STARS competition, his exam record was enough for him to enroll into ITMO on a tuition-free basis as part of the regular admission campaign.

Winner Artur Koltsov from Volgograd organized his own recording studio “Hilair”, joining the forces with two of his classmates. The studio has already secured several commissions to create promotional videos for such companies as Dodo Pizza, events agency “Pushka”, and the OldSide loft. Parallel to developing his recording studio project, Artur works as an ad targeting specialist at a marketing agency, where he oversees more than 20 ad campaigns at a number of Russian cities.

The full list of the 2019 ITMO.STARS winners, as well information on the programs they chose to pursue at ITMO University, can be found on the official website of the competition. And in this article by ITMO.NEWS, past winners of ITMO.STARS look back at their first year at ITMO.