Sobaka.ru, a magazine about urban life, has announced the results of its annual Top 50 Famous People in St. Petersburg. The list of this year’s laureates includes two ITMO University graduates, Ilya Chekh (nominated in the Science and Life category) and Daniel Galper (nominated in Business). In place since 2006, this is the first time that the award will celebrate its recipients online. 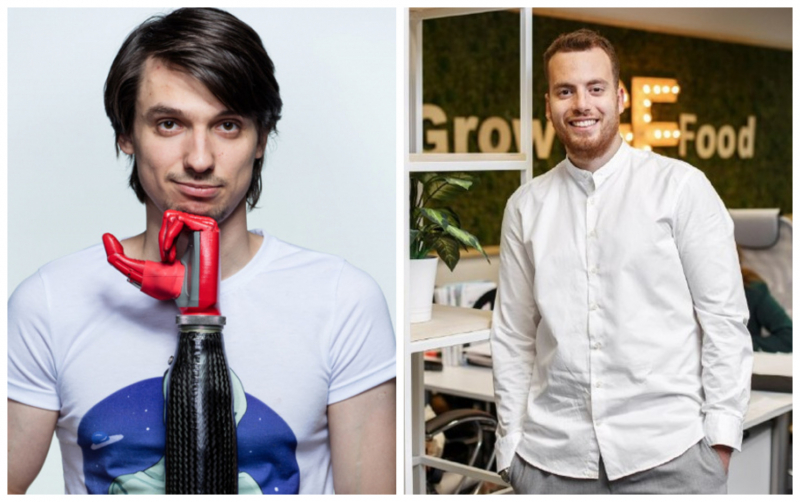 The annual Top 50 Famous People in St. Petersburg award has been going on for 15 years. This time around, it features nine nominations: Fashion, Business, Art, Science and Life, Cinema, Music, Books and Texts, Media Leaders, and Theater.

All throughout June, the Sobaka.ru magazine will be publishing features on the awardees on its website, with the main issue dedicated to St. Petersburg’s most famous people set to launch in the middle of the month.

“Artists and businesspeople, doctors and designers, environmentalists and musicians, scientists and actors, philanthropists and writers, social activists and directors, bloggers and athletes – each year, we identify and celebrate the St. Petersburgers who made a big step or discovery in their field, thus changing the city for the better,” indicates the Sobaka.ru website.

Among this year’s laureates are two ITMO University graduates: Ilya Chekh (nominated in the Science and Life category) and Daniel Galper (nominated in Business).

A graduate of the now-defunct Faculty of Precision Mechanics and Technologies, Ilya Chekh is an engineer and the head of the Motorica company, which specializes in the production of modern bionic limb prostheses with unique designs. In 2019, Ilya was named Russian Entrepreneur of the Year by the international audit and consulting company Ernst & Young (EY).

Other winners in this category include Elena Bolyubakh, a psychologist and head of a crisis center for women; physicist Alexey Kavokin; Alexandra Sinyak, owner of the Dobrodomik charity cafe; environmental activist Maria Tinika; Ilya Fomintsev, oncologist and director of the Ne Naprasno foundation.

A graduate of ITMO University’s Information Technologies and Programming Faculty, Daniel Galper is the founder and CEO of a meal delivery service Grow Food. In 2020, Daniel has been featured on the Forbes Russia list of 30 Under 30.

This year and for the first time ever, the awards ceremony will broadcasted live via Zoom. Following that, each winner will be delivered a commemorative figurine made by craftspeople at the inclusive Simple Things atelier.

We’ll add that among last year’s awardees in the Science and Life category was Gennady Korotkevich, a winner of multiple international programming competitions.