Having been a student at ITMO University in the ‘80s, Viacheslav Kovalev still remembers the atmosphere of that time. Since then, he has built a career as a musician and is now a coordinator of LADЫ sound cafe, designed to support young music bands. In this interview with ITMO.NEWS, he shares his experiences of how he started his career as a musician, opened St. Petersburg’s first and only sound cafe and why he still keeps in touch with ITMO after so many years. 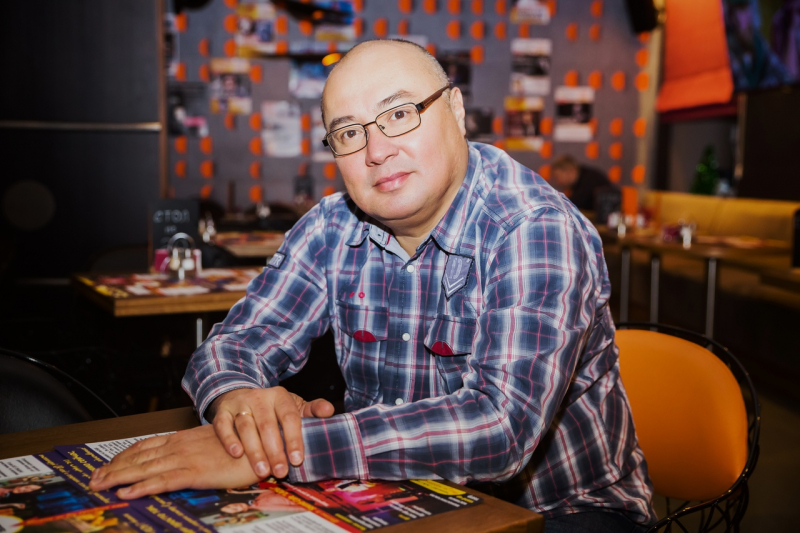 Do you remember why you chose ITMO?

To be honest, I don’t have any beautiful stories about it. When I was in my 10th grade, I attended the Open Doors Day at ITMO University. Back then, I didn’t really know what I wanted to do with my life career-wise and what field I was most interested in, so I just decided to give ITMO a go, as I had already been familiar with the university. However, I see that now schoolchildren know what they want to do at university from their 5-7th grades: they understand what they’re interested in, where they can acquire the knowledge they need and how they will use this knowledge. I didn’t think much about it all: all Soviet kids wanted to become astronauts and those who didn’t had to find out on their own what it was that they wanted to do.

What sparked your interest in music? Did you get into it at school?

I guess so. I don’t have any education in music, I just wanted to learn to play the guitar in my ninth grade. I shared my dream with my family and my grandmother bought me a guitar. This is how this all started but it was nothing serious before the army.

The atmosphere was really good and friendly. However, I didn’t finish my studies at ITMO and dropped out after my third year to work at a factory and then joined the army. I was young and didn’t think it through; now I think that I should have graduated from the university first but I didn’t know that at that time.

What music did you listen to with your groupmates?

We listened to all kinds of music. I was lucky to meet lots of talented and motivated people at ITMO. We listened to some crazy and unconventional music genres, mostly jazz-rock, and it really affected my taste in music and my artistic life in general.

What did you do after you left ITMO University?

I served in the army and when I came back, I continued my studies at the Intourist college. It’s important to note that those were very difficult times. Back then, people didn’t think much about what they wanted, they just had to survive. So after I graduated from college, I started doing songwriting. My guitarist and I were once invited to perform at a concert in Velikiye Luki, and the fee was a 15-kilogram bag of pasta. We gave a concert and shared the pasta between us. There was nothing funny about it. On the contrary, it was a very serious attitude. My family was also grateful: I was their breadwinner.

What did you do when you didn’t have concerts?

In 1995, I became the director of the concert hall at the Leningrad Zoo. It was a hall for 80-100 seats, but sometimes there were 150 people attending our concerts. This project was included in all rock encyclopedias because of the many famous Russian musicians who performed there. I’d worked there until 2002 when I concentrated on giving my own concerts. In 2014, I was offered to take part in an investment project of an advanced art cafe, and in May 2016, we launched the LADЫ sound cafe.

What makes the format of your cafe so special?

There are lots of high-quality music clubs in St. Petersburg. Their only drawback is that they are designed for 300+ guests. It turns out that a novice musician who isn’t so popular yet simply cannot get there. Just because they won’t attract so many visitors and thus bring less money. At the same time, there are some cafes where they are allowed to perform but it’s not that simple with these either: the equipment is old there and the sound engineer can easily be late for the concert. This is why we decided to open our sound cafe, to solve this problem.

This is a premium establishment in terms of concert services, a unique venue for performers with an audience of fewer than 80 people. Honestly, there is demand. Musicians of various formats perform here: original songs, jazz, rock, classical, folk music. A quarter of all our concerts are given by performers from other cities.

Do you still keep in touch with ITMO University after so many years?

I do. I’ve recently talked to the staff of the Alumni Center and we decided to organize a stand-up performance of associate professor at the ChemBio Cluster Mikhail Kurushkin on our platform which will take place already this Friday. I hope that there’ll be more interesting projects that we will be able to collaborate on in the future.

In your opinion, did the knowledge that you acquired at ITMO come in handy in your career?

Absolutely. I wouldn’t make it without the technical knowledge and skills that I received at ITMO.

What advice would you give to ITMO University students?

Don’t think too much about what knowledge will come in handy in your career, just do your best and learn. Extra knowledge is never superfluous and the habit of mastering new subjects and actively learning new things will definitely help you a lot in the future, both career- and money-wise – that’s for sure.