Geek Picnic is one of Russia’s largest open-air festivals dedicated to science, technologies and geek culture. The event brings together key figures of the Russian and international popular science scene, as well as scientists and experts from completely different fields: from psychology and pedagogy to media art and quantum physics. 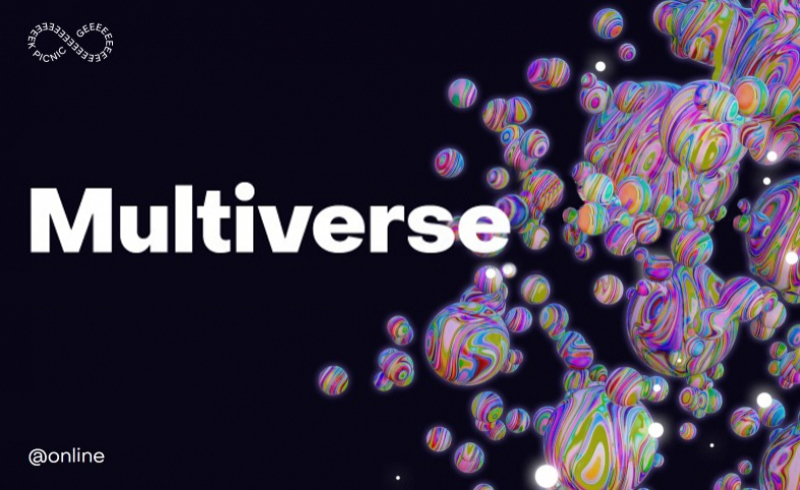 The Geek Picnic festival has been held annually in Moscow and St. Petersburg since 2014, but this year, like many other events, it had to adopt the online format. Despite that change, the organizers tried to preserve the open air atmosphere as much as possible.

The festival has always partnered up with leading universities, science organizations, museums and news outlets. ITMO has been cooperating with Geek Picnic for several years now, though it didn’t have a dedicated booth this year. Instead, the university’s students and staff prepared a varied content program: George Zograf, a PhD student at ITMO University’s Faculty of Physics and Engineering, delivered a science talk titled “Limits Exist Only in Our Heads”, students of the Art & Science Master’s program held two workshops on 3D modeling and creation of Instagram filters, while heads of ITMO FabLab and ITMO.KIDS Center organized a quiz titled “Do Technologies Exist?” on the standalone platform Geek Kids.

All activities were held on several stages – each with its own theme. Qualifying as the most scientific one was the NonFiction stage, opened with a presentation by Elizabeth Tasker – a famous British astrophysicist, author of the bestselling book The Planet Factory, and associate professor at the Japan Aerospace Exploration Agency, who specializes in exoplanets. Elizabeth explained how, according to scientists, planets are formed, how, based on these theories, the discoveries of exoplanets were predicted, why they were so difficult to detect, and finally, whether planets similar to ours exist outside the Solar System.

Multiverses in cosmology and inside us

The festival’s main topic, Multiverse, was covered in detail by Vladislav Terekhovich, a philosopher and associate professor at the Faculty of Humanities at Higher School of Economics. He shared with the audience an overview of how the question of existence of parallel universes is perceived in cosmology, quantum mechanics, and metaphysics, what arguments for and against are posited by scientists and philosophers, as well as whether we could toy with or experimentally prove the multiverse theory – and why it disproves the fundamental concept of the individuality of human consciousness.

The Geek Portal stage was almost entirely dominated by space. Tatyana Podladchikova, a senior lecturer at the Skolkovo Institute of Science and Technology and Skoltech Space Center, spoke about solar flares’ impact on our planet, the danger posed by geomagnetic storms, and the threat of powerful magnetic emissions, illustrated by the September 1859 geomagnetic storm, which caused telegraph system failures throughout Europe and North America. Vitaly Egorov, a popularizer of astronomical sciences and the host of a YouTube channel about space, speculated about which resources can be mined on the Moon, whether lunar colonies are feasible, and most importantly, worth it in the first place. Another science blogger, Dmitry Pobedinsky, the host of the Physics by Pobedinsky YouTube channel, discussed the scientific view on the Universe’s topology: whether it is a flat finite or curved infinite space enclosed in itself, whether it is possible to reach its edge and return to the original point where the boundaries of the observable Universe are located, and why there are stars that we will never be able to see.

Getting its fair share of attention was 2020’s most pressing topic. At a dedicated roundtable, Pavel Stepantsev, a lecturer at the Moscow School of Social and Economic Sciences, Alexey Novikov, an urbanist and the president of Habidatum, a company specializing in urban data, and Alexander Vileykis, a philosopher and curator over at the Center for New Philosophy, discussed how public perception of the urban environment and infrastructure has changed during the pandemic. Neuropsychology experts – doctor and science journalist Anna Khoruzhaya, editor-in-chief of Neuronovosti Alexey Paevsky, and psychiatrist and researcher Natalya Zakharova – talked about how far-reaching was the pandemic’s impact on the mental health of regular people and medical practitioners and whether this damage could be undone. Last but not least, in a discussion on the lessons of the novel coronavirus, Alexander Panchin, one of Russia’s main science popularizers, Artyom Elmuratov, a biomedicine specialist and co-founder of the medical and genetic center Genotek, and Pavel Yakovlev, the director for research and early development at Biocad, discussed what lessons science and society could draw from the pandemic, how the world will develop going forward, and what to expect from the near future.

The festival’s main partners also presented their own educational programs. For one, Higher School of Economics hosted lectures on urban science and city development models, exploring the idea of using neural networks in the urban environment and proposing ways to improve the urban environment for people with limited mobility with the help of new technologies. The company Neurobotics organized lectures on neurohacking, while the Federation of Cosmonautics of Russia prepared a meetup with actual cosmonauts who spoke about life in space and responded to the viewers’ questions. The most surprise-filled program was presented by the Republic of Cats cafe, which held an open discussion on the most widespread myths about felines, talking about the new field that is feline therapy, discussing how cats contributed to the scientific progress on the example of Félicette, the first cat in space, and organizing a real-time space training session for cats.

The topic of video games was also prominent, especially since it has become more relevant than ever over the past few months. Ekaterina Nagornaya, an analyst at Belka Games, Oleg Dobroshtan, the director for development at 101XP, and Darya Stal, the curator of Geek Picnic’s GameDev track, talked about how console sales and game consumption soared during quarantine. Alexander Mezin, an independent game developer, shared his experience of working as part of an indie gamedev team. Anton Artemchuk, a leading expert at the laboratory for experimental urban design Shukhov Lab, delivered a lecture directly in Minecraft. Apart from that, there was a livestream by Vika Karter on the Geek Picnic virtual universe, created specially for the festival using the Roblox online platform.

Do it yourself and parties on Mars

The festival’s program featured not only lectures and open discussions but also workshops. Over at the DIY platform, students of ITMO’s Art & Science Master’s program hosted two workshops: Ethan Avila, a Mexican director and illustrator, showed how to work and create simple 3D animations with the Unity game engine, while the artist Polina Belokrenitskaya explained how to create bespoke Instagram filters. Andrey Bundin, a lecturer at New Media Laboratory, talked about technologies for creating music using smartphones and other mobile gadgets.

The festival’s program culminated with the screening of films by the Nauka (Science) channel: Machines Vs. People, dedicated to the achievements of robotics and anthropomorphic robots, and In Pursuit of Wonder, a film adaptation of Defense Against the Dark Arts, a book by the Russian scientist and science popularizer Alexander Panchin. This was followed by a large-scale virtual party set in Martian exteriors on the VR platform Spatial and featuring music by the band Kim & Buran, a presentation by George Zograf, a PhD student at ITMO University’s Faculty of Physics and Engineering, and a performance by the art group iBiom.

The dates for the next festival have already been announced – it will be held on August 6-8, also in the online mode.

The recording of the festival is available on Geek Picnic’s VK page.