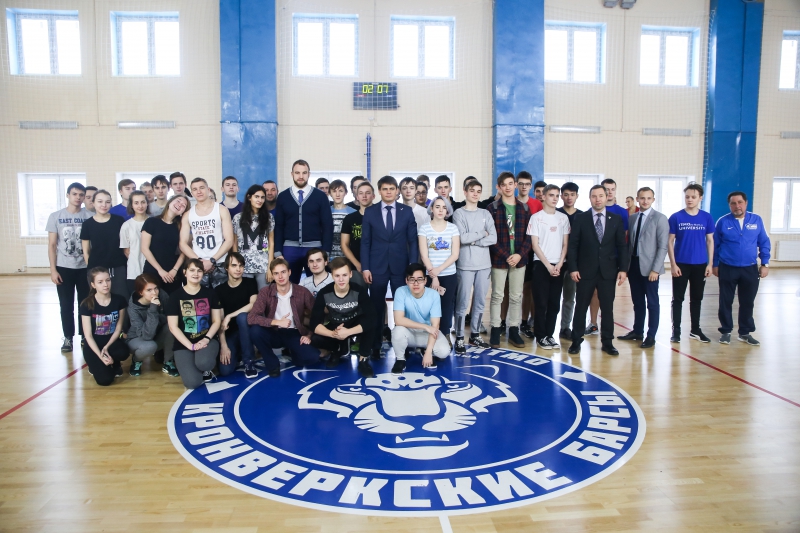 According to Sergei Boyarsky, supporting the younger generation has become a hot topic in our society: the state creates various programs aimed at involving students in public life and sports. He told about their work at the "Youth Group" - a special branch of the All-Russia People’s Front. The organization unites concerned and passionate young people who participate in various social projects: for example, the "Don’t wait for a change! Be the change!" program: young people take care of sports grounds and help their lonely elderly neighbors as part of this initiative. Boyarsky emphasized that he went into politics in order to help other people and make their lives change for the better.

"Politicians are people with versatile experience in different fields. This allows them to be well informed on various issues and thus help other people. If this is what you want to do in life, then you can successfully fulfill this goal in politics. It’s obvious that youth is becoming a focal point in our country’s social policy: not only young people are fresh blood, they bring new thoughts, new order and a different attitude to the table. I decided to take up politics because I wanted to find new opportunities to apply my skills. After all, the State Duma is a representative legislative body; therefore, its deputies come from all walks of life: business, music, law, medicine, economics, etc. There are enough jobs in politics for everyone, as people there represent their regions," - comments Sergei Boyarsky. Boyarsky then added that he is a "universal soldier": the deputy has already worked on initiatives in the field of cultural development and is currently dealing with environmental issues. He also works with youth. The deputy also commented that his road to politics was not an easy one: he was elected to the State Duma after numerous attempts.

"In four years (prior to 2016, when Sergei Boyarsky was elected to the State Duma - Ed.), I have met with many people and was able to fulfill quite a few projects which defined me as a politician with a positive image in our city. I believe that everything in life happens at the right time and for a reason. The main thing is never to burn out and continue working hard towards your goal," - comments the Duma member.

The same principles - to never give up and never burn out - apply to sports, joined in Denis Goltsov. The very same traits that help one succeed in sports are necessary to be successful in everyday life. "When one starts doing sambo, the most important thing is to understand early on that everyone has their strengths. Figuratively speaking, one doesn’t need to know ten thousand techniques - one needs to know one technique and repeat it ten thousand times. Everything else in life follows the same pattern: it’s important to choose the direction, set the goal right and apply maximum effort to achieve it. If you succeed, your relatives and friends will appreciate you for having achieved something. And if it doesn’t work out, you’ll be like everyone else," - believes the athlete.

If somebody does sports, it strengthens their spirit, as well as their ability to persevere and overcome difficulties, adds Denis Goltsov. Doing sports is crucial in life. It helps to be disciplined, have adequate self-control and set clear goals in life in general. Moreover, if one does martial arts, sambo for example, they can protect themselves physically. And this gives confidence on a psychological level also. Denis Goltsov presented his project "Sambo to universities" (available in Russian), which is aimed at promoting this martial art and sports in general among the youth. Now it is especially important to revive sports movement among young people, including the GTO standards (Soviet physical culture training program - Ed.), he emphasizes.

"It's not right when a person does not have a clear goal in life, when they don’t know where they are heading. It’s so much better when one has a set goal and every year accounts for all they have done in order to achieve that goal, assess their progress. I have asked young people at numerous other meetings whether they have such a goal - and only few people raised their hands. Perhaps, it has something to do with the overwhelming use of modern gadgets: they make one lose their focus. However, I have received messages from the participants of such meetings later on, which were a sign of a change of their attitude and approach to their lives," - adds the world sambo champion. It’s really worth it - learning from people who have already achieved something and not being afraid to start something new and lead other people, believes Mr. Goltsov.

Denis Goltsov held a small master class on sambo for the audience at the  meeting. One of the students who had previously done this martial art took part in it. Denis Goltsov autographed and posed with his fans at the end of the event.

KronBars have recently won their second award as the best student sports club in Russia. They have been holding on to that title for two consequent years already.