Megabyte Media – a joint student media at ITMO University – has launched a new project, Q.E.D. (Latin for “which was to be proven” – ed. note), a podcast about evidence-based medicine created in collaboration with the Cancer Prevention Foundation. The podcast will focus on oncology, discussing issues and busting common myths. New episodes are to come out every two weeks, with the first one released on May 14. 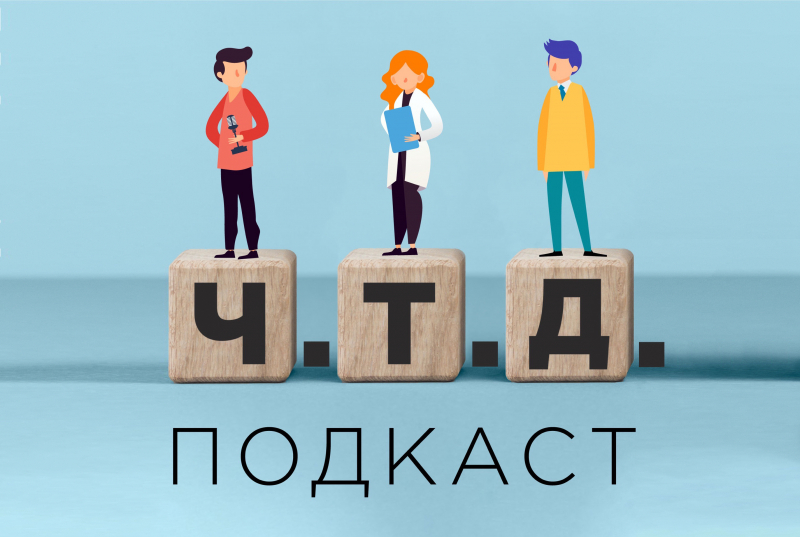 Q.E.D., a podcast about evidence-based medicine

Among the podcast’s guests are specialists from different fields – oncoepidemiology, breast oncology, gynaecologic oncology, chemotherapy – all graduates of the Higher School of Oncology and doctors forming part of Cancer Prevention Foundation’s expert committee. According to Anna Voznyuk, director for strategic communications at the Foundation, the experts were selected from those who have earned the Foundation’s trust and share its values: commitment to evidence-based medicine, progressive scientific views, and an extensive, successful work record.

Several episodes are also planned to be recorded with prominent science journalists, for example Alexey Vodovozov.

As told by Alexey Itin, Megabyte Media’s editor-in-chief, the idea for the creation of a medical podcast has long been around, but the exact concept was proposed by their colleagues from the Cancer Prevention Foundation.

“We’ve been making popular science and entertainment podcasts for quite a long time. Megabyte is deeply immersed in the topic of science popularization: we meet with scientists, researchers, and engineers. We haven’t written about medicine in general before, but have spoken a lot about new drug delivery methods, telemedicine and application of robotics in treatment. And then we got approached by the folks over at the Cancer Prevention Foundation, who offered to create a joint podcast on popular myths about cancer,” says Alexey.

Anna Voznyuk confirms that the Foundation approached the Megabyte team on purpose.

“We knew that ITMO and Megabyte, as its part, are this cradle of science communication, and it seemed to us that we share similar values. Plus, this is an opportunity to look at the problem from a new angle: young people working at Megabyte have a fresh outlook, an insight into modern technologies, and an understanding of the language their generation speaks in. All this made us confident that together, we can create a product that will be both interesting and useful.”

Two seasons of the podcast have already been planned: the first will cover the questions of what is cancer and how it is researched, popular myths about the illness and how to combat them, what are the risk factors, what is oncoepidemiology, and much more. In its turn, the second season will focus on patients’ stories, advice and guidance on what to do if you’ve fallen ill, and insights into how the healthcare system operates.

The main goal of the project is to combat misleading, unscientific beliefs. Anna Voznyuk shared that the Cancer Prevention Foundation gets inundated with queries on how to treat cancer with castor oil, peroxide or other questionable folk remedies.

“We know just how much people tend to delude themselves in the situation when their or their loved ones’ health is under threat, which is why we believe that the more expert and evidence-based information is available, the less susceptible people will be,” she adds.

Alexey Itin believes that such a pervasive spread of misconceptions and myths is directly related to the stigmatization of the topic of oncology and the unavailability of information to the general population.

“Oftentimes the topic never gets raised because people are afraid that even pronouncing the word ‘cancer’ will solicit unwanted emotions. This is exactly why in our society you can hear that cancer spreads through the air and that it can be treated with herbs. It’s important for us to once again remind everyone that what you need is not to self-medicate but to go to the doctor.”

The creators of the podcast don’t limit its audience to patients and their families. According to Anna Voznyuk, first and foremost it’s aimed at young people with critical thinking who seek reliable information and want to control their lives and take care of their health. Podcasts are now extremely popular – which means that this format can enable you to bring proven expert information to the largest audience possible.