ITMO Research is the first major podcast of ITMO University that will cover scientific topics in various fields, from physics to business. As part of the podcast, the host will talk with ITMO University’s staff members and researchers. It’s not just lectures or audio guides, but rather an attempt to explain a specific topic for those who aren’t familiar with it, as well as to present another approach for those who are. Find out more about the new media project by ITMO University in our article. 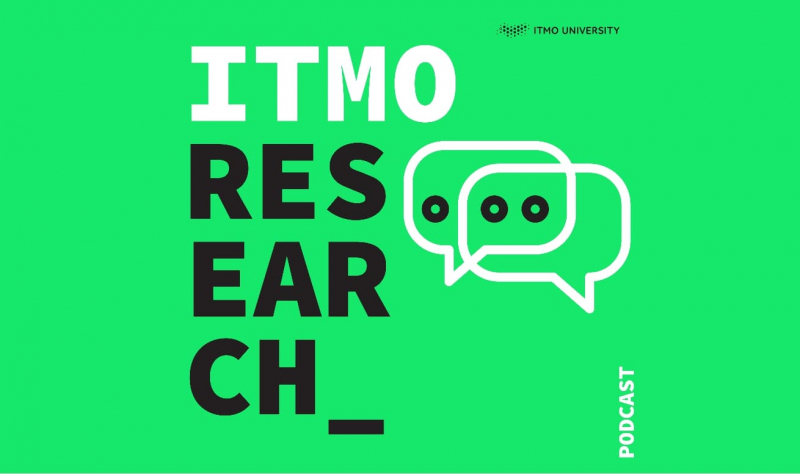 The first episodes of ITMO Research will be released on Habr once a month. Later they will appear on other platforms as well. Apart from audio recordings, transcripts will also be published on ITMO University’s blog. The podcast is also available on Yandex.Music and Apple Podcasts.

The project is run by ITMO University’s PR specialists, Ksenia Oslopova and Dmitry Kabanov (who is also the host of ITMO Research).

What is the concept behind ITMO Research?

Dmitry Kabanov: We will talk with researchers, staff members of laboratories, professors, and professionals from various fields that are related to ITMO University. We’ll try to make it interesting for a wide audience. In a way, the concept of new sincerity will come in handy here: we’re trying to avoid formalities and say everything how it is instead.

Ksenia Oslopova: ITMO Research is a platform for curious people who aren’t ashamed of not understanding something, who strive to learn more about artificial intelligence, quantum cryptography, or the genome. We are inspired by the diversity of science and technology at ITMO, and we want to provide both amateurs and professionals with interesting content.

How is the new podcast different from other media projects, such as other ITMO podcasts?

Dmitry Kabanov: We will focus on technologies and scientific experiments. Other than that, there will be tips for those who are considering getting into a certain field.

Ksenia Oslopova: Both Accelerator and Megabyte have their own podcasts, but we would like to go wider than just one topic. ITMO Research is the first podcast on various fields of science and technology. Our platform will also allow us to display other podcasts, to give an opportunity for experimenting. That’s why we invite students and staff to join our creative process.

How do you plan to develop your project further?

Dmitry Kabanov: So far it’s just our first try. We already have nine episodes ready to be launched. Once they are, we will gather feedback, analyze it, and make improvements. One of possible goals for the future is to publish interviews more often, twice a month; another goal is to experiment with a shorter format.

Ksenia Oslopova: Perhaps, in the next series of ITMO Research we’ll invite guests from other research communities. We will continue to develop because good popular science podcasts are very rare. The project of Aleksandr Golovin, an ITMO University’s graduate, proves this statement.

Check out the new podcast by ITMO University, share your thoughts and ideas with its authors, and let’s create a unique media source together!