For the sixth year in a row, ITMO is bringing Russian language and culture to the world. Although the school was conducted online for the third time, this format helped to expand the school’s reach. This year we had students from 10 different countries join the school to improve their language skills and also get a deep dive into Russian culture, cinema, history and politics. 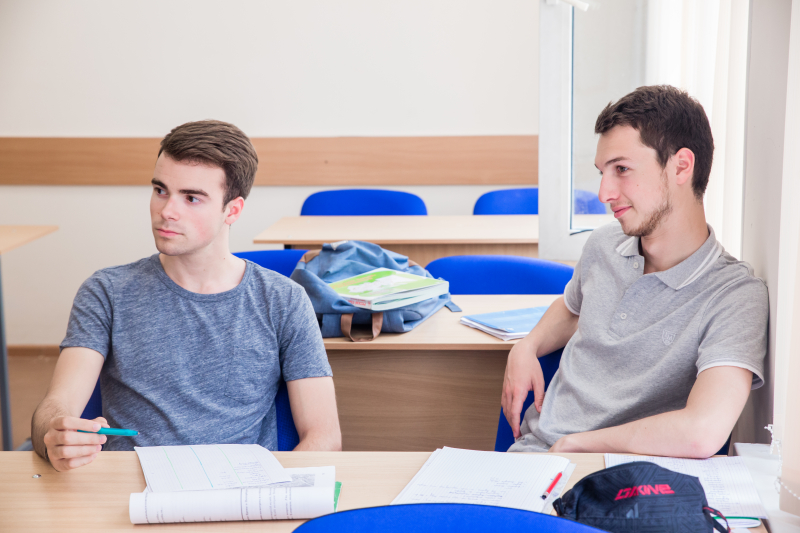 We chatted with one of the participants, Florentina-Beatrice Apostol from Romania who is studying Russian at the University of Bucharest, about her experiences. She’s currently in her third year of studies at the Faculty of Foreign Languages and Literatures where she studies English, Russian and previously Polish. “I want to learn as many languages as possible, and so I have also joined a Polish summer school this summer too. I’ve never been to Russia, and would love to visit St. Petersburg as it’s the most European city and the pride of the country.”

During the summer school, she took a few different courses: on cinema, culture, as well as conversational Russian and discussion. That way she was able to participate in all four weeks. “I chose the courses that were a bit high for me but I wanted a challenge,” she explained. As a result, she’s proud to see an improvement in her vocabulary.

One of the great benefits of the summer school is the opportunity to interact with native Russian speakers. Beatrice explained that in Romania they don’t have access to such an experience.

“I liked that it wasn’t just talking about something or just showing a PowerPoint presentation, there were a lot of games, they put us in pairs, we could make our own projects and talk about what we wanted, or a certain theme. I liked the diversity.”

Out of the four courses she participated in, she enjoyed the conversational one the most because they learned the lingo that young people use when texting in Russian: “I had been talking to Russians online and I was pretty formal, so I guess that can feel awkward for the other person. During the course, I discovered that sometimes people might even spell something wrong on purpose in texts.”

During the cinema course, they had the opportunity to watch some well-known Russian films and discuss them. They watched films like Piter FM, Kokoko, Petersburg. A Selfie, and Dovlatov. By the end of the four weeks, not only had her vocabulary improved but she’d also learned so much about Russian culture, history, geography, traditions and food! She’s looking forward to trying the Olivier salad at some point.

On how she became interested in learning Russian in the first place, she says “well it starts a bit cliche, I met a boy and he spoke Russian and I learned some words from him and I realized I liked the beauty of the Russian language.”

Hopefully next year, all those students who participated in the summer school online will be able to join face-to-face. We can’t wait to see you!