Meet Collins Chimezie, our international student from Nigeria, who got into ITMO with a scholarship to study molecular biology and biotechnology. He is planning to use the knowledge he gets to develop new treatments and therapeutic agents. Read on to learn what inspired him to apply to ITMO, what his dream project would be, and what he plans to do over his two years in St. Pete. 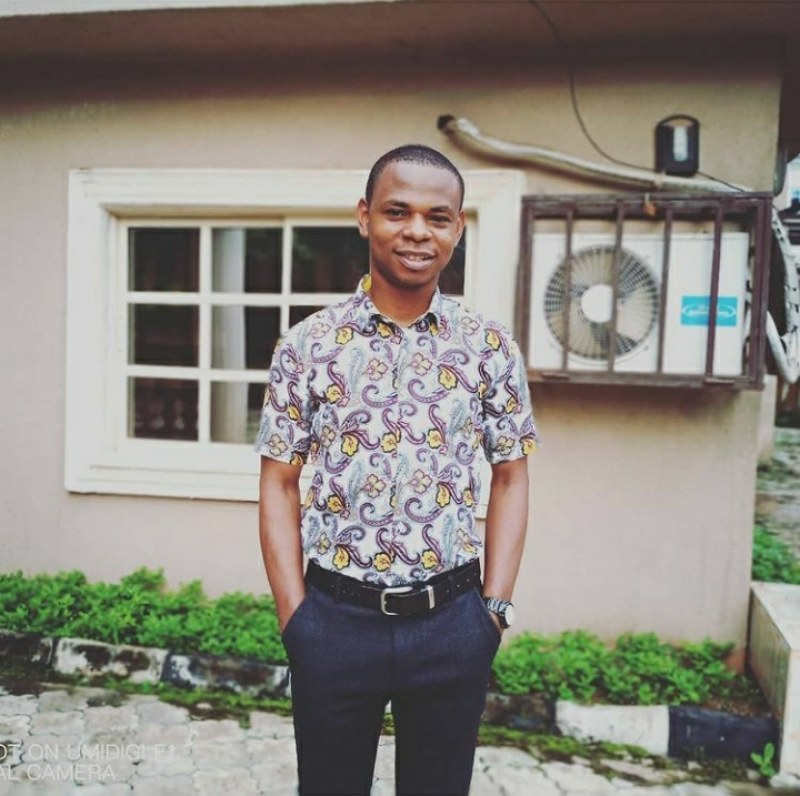 Collins Chimezie from Nigeria. Photo courtesy of the subject

What are you studying at ITMO and why?

I got my Bachelor’s degree in pharmaceutical sciences. At ITMO, I am studying for a Master’s degree in molecular biology and biotechnology. Eventually, I would like to focus on the production of antibiotics from microorganisms and the genetic engineering of bacteria that could be used for tissue regeneration.

They always say biotechnology is the future of medicine and it for sure holds a lot of potential for vaccines and cancer treatment, as well as genetic disorders. That’s why I am here to study biotech.

And why did you decide to apply here?

I’ve been following the SCAMT lab for quite some time and they are doing quite a lot of amazing projects that I wanted to be part of – for instance, those conducted by the Molecular Robotics and Biosensory Materials and Microbiology labs. They analyze microbiota to produce more therapeutic materials and biologically active agents from bacteria and develop better treatments. One of the researchers from the molecular robotics lab said in an interview that cancer treatment was no longer a question of if but a question of when and that really inspired me. I see a lot of potential in nanobots being used to battle cancer.

SCAMT has another cool department, the Industrial lab with its Inno-Colloids project that makes it possible for students to not only contribute to scientific publications but also see their projects become commercially available. They have a bunch of cool products, one of which is an anti-corrosion spray. I’ve been following their activities for a while, too, and I really like this initiative.

Was it hard to get into ITMO?

I got in thanks to the Open Doors contest. Funnily, I skipped the first three of its ads, but then I decided to try my hand at it. The competition has two stages: at first, you just submit your documents and wait for a reply that would typically arrive within a week after the application deadline. Then, the second stage is a tough exam that you have between one and two weeks to prepare for. The scores you get for these two stages are combined to make your final result. And mine was that I got in.

You’ve mentioned nanobots. Can you explain what they are and how they can make a difference in therapeutics?

I haven’t had the chance to get a very deep knowledge of the topic yet but I know that molecular robotics allows researchers to specifically target cancer cells. As we know, most conventional cancer treatment methods have significant side effects. And the onset of molecular robotics and nanobots, in particular, makes it possible to minimize them by targeting very specific damaged sites or tumour regions. Apart from cancer treatment, this method can also be applied in other areas, such as point-of-care diagnostics.

What would your dream project be?

I don’t have a specific dream topic for a Master’s project but I would love to look for bacteria that have the potential to become biologically active compounds that can be actually useful and applicable in real life, such as antibiotics, for example. I would also like to find out more about therapeutic agents and how they can be utilized in the treatment of infection, for instance, probiotic bacteria genetically engineered to deliver treatment to the affected tissues.

What is your opinion on personalized medicine?

I think it’s the future of medicine because drugs don’t work the same way for everyone. For instance, there is a drug called loratadine which is an antihistamine that helps combat sneezing and similar flu symptoms. In some populations, it also has a negative side effect of making patients dizzy, but in other groups, there is no such effect. That’s where personalized medicine comes in to deliver drugs that would be most efficient for everyone, ideally based on their genome. I believe it’s a very promising concept.

Being in Russia, it’s important to know the language. How are your Russian skills?

I started learning the language online from home. I’ve learned some words and I can hold basic small talk conversations, but I still have more to learn and I am excited to advance in this skill.

Are you staying at one of ITMO’s dorms? How do you like it there?

Yes, I am staying at the dorm on Lensoveta St. 23. The atmosphere there is cool, quiet, and calm, not as busy and bustling as in Petrogradskaya. But I would like to move to another dorm that is closer to SCAMT’s facilities that are mostly on ITMO’s Lomonosova campus. I have applied for it and I am hoping that a space will come up soon so that I can move a little nearer to the lab.

What are your plans for the next two years?

I want to acquire as much knowledge and skills in biotech as possible, of course, and I would also love to learn to make my projects available to others. I think it’s important to learn the basics of entrepreneurship and skills for developing a startup, even if I am not planning to launch any of my research projects on the market now. In this respect, I am finding ITMO’s course in research management extremely helpful and insightful – it gets us to work in groups and brainstorm fresh ideas, which I really appreciate.

I believe it is also great to improve my cultural awareness and related skills and luckily here, in Russia’s cultural capital, there are a lot of opportunities for just that. I am looking forward to learning more about Russian culture and mastering the language.