From Pazardzhik, Bulgaria to Sunnyvale, California and then all the way to St. Petersburg, Russia, Master's student Iordan (Danny) Krastev tells us about what it's like to be a successful IT freelancer who keeps on learning. 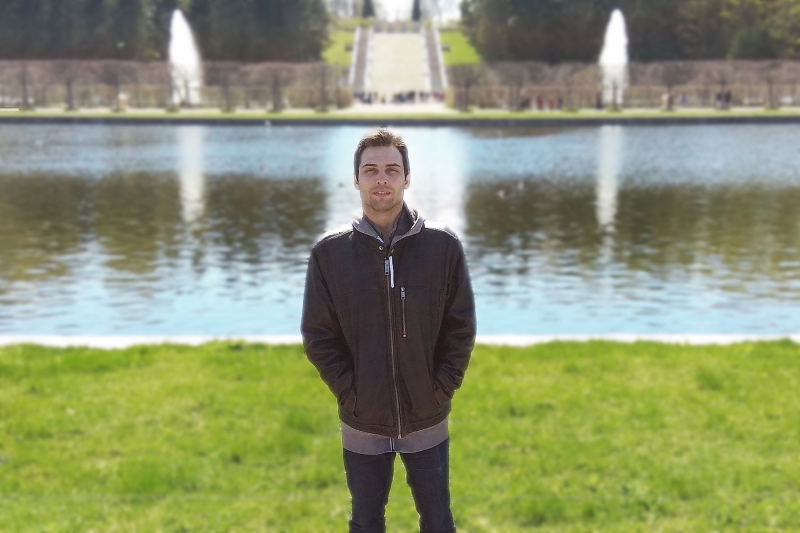 How did you acquire such passion for technology and computers? When did it all happen?

Well, I was born in Bulgaria, but at an early age of five, my parents and I moved to California. We arrived at the same time as the rapid development of Silicon Valley started to take place. It was a perfect environment and given that my father is a mechanical designer, I became extremely motivated in what became my passion. Since then, my goal has been to master all aspects involving computer systems and technologies.

I finished my middle school education, before moving to Millis, Massachusetts for my final year of high school in 2009. There, I took a big step and I started working for Milara, a company that specializes in robot/machine automation. After high school, I continued my studies at Framingham State University while also continuing to work at Milara. While there, I was able to apply my knowledge from the university to real-world projects and this helped me gain tremendous experience in computer science, semiconductors, robotics, automation control, customer service, and business, which were essential to my future.

After graduating from Framingham State University, I continued working and expanding my knowledge. In 2017 I decided to make an enormous change in my life and my environment in general, so I left my job and I went back to Bulgaria, where I continued to focus on improving myself while also searching and working on exciting projects. I have the skills and knowledge that allow me to work as a freelancer, and I am actively pursuing this path by working on IT projects in areas such as robotics, programming and site development for various institutions. It all led me to St. Petersburg, where I’m looking to prove myself and keep working on me, now I’m studying for my Master’s in Mobile and Networking Technologies at ITMO University, all in Russian!

Is there any project you are working on right now that you can share more about?

My current project acknowledges the problem of automobile overpopulation in big cities. Due to the never-ending increase in the quantity of vehicles in our daily lives, Automatic Number Plate Recognition (ANPR) is a promising field; it’s an evolving solution for managing and monitoring vehicles worldwide to enforce rules and prevent criminal activities, such as parking violations, red light violations, speeding, and vehicle theft.

Although there is already a variety of public and private methods and libraries that have been developed and are used to achieve the automatic recognition of car license plate numbers around the world, there has not been much focus on making advancements toward a cross-platform solution that supports all vehicle license plates around the world. This is where my project comes into place. “Plate Vision Project” is planned to be a web and mobile application, which aims to serve as an alternative ANPR platform that supports the detection of all license plates worldwide by utilizing various open-source optical character recognition (OCR) libraries and making efficient optimizations.

What is the primary outcome of this project?

My primary desire is to make something that works and that can make the life of people easier. I’m interested in a better user experience.

What is your fondest memory in Russia?

Although I’ve had many experiences in Russia, I’d have to choose one. Two weeks ago was my birthday, and it was a great coincidence that an important light show was going to take place in St. Petersburg that day. I went to the Hermitage to see it and I was surprised with how cool it was. So far, it has been my favorite experience.