The 13th session of ITMO University’s International Council took place on November 12 via a Zoom call that spanned 17 time zones across Australia, Asia, Europe and North America. After months of navigating adversity and working remotely, the members of the Council embraced this opportunity to meet and discuss some of the key aspects of ITMO’s strategy for 2021-30, as well as highlight some of the silver linings of these unprecedented times. 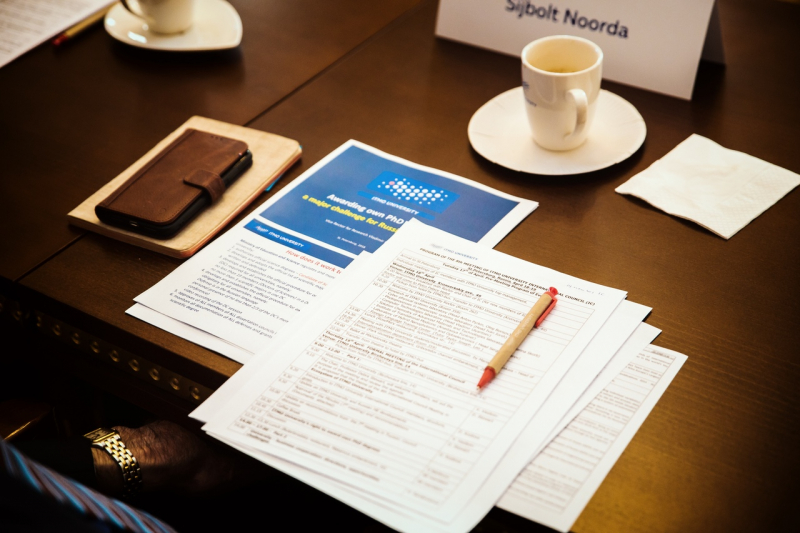 The main focus of the meeting were approaches to interdisciplinarity, which will be one of the cornerstones of ITMO University’s development strategy for 2021-2030, tying into the new national Strategic Academic Leadership Program as it replaces the 5-100 Russian Academic Excellence Project. An official decree outlining the start of the Leadership Program is expected to be made public in the near future.

“The main difference is that universities will not participate in the new program alone but as part of a consortium. Each university will form an ecosystem that includes academic organizations, businesses and industry,” explained Vladimir Vasilyev, ITMO University’s Rector, in his update to the Council members. “We’re preparing to join the first [research-focused] track in the top tier.”


“This meeting produced two important outcomes from our frank and engaging discussions. First, the members highlighted the challenges and opportunities for universities adapting for success during the pandemic,” explains Andrew Comrie, professor and associate director at the School of Geography & Development at the University of Arizona. “Second, we outlined the key theoretical and practical elements for universities such as ITMO to grow their interdisciplinary research and teaching platforms, which will enable them to discover solutions to the world’s biggest challenges. As always, it was a productive exchange with interesting and diverse contributions from the many countries and institutions represented by the members.”

Sergey Kolyubin, deputy head of the School of Computer Technologies and Control and head of the Master's Programs Department, discussed some of ITMO’s thought process behind creating a consortium and building platforms to address major research challenges as well as posed questions to the members of the Council about how to enable interdisciplinarity.

The current conditions – with teams working online – are creating unprecedented opportunities for interdisciplinary engagement that could translate to offline in the future, and members of the Council shared their research and expertise on the subject.

The International Council’s Chair, Dr. Debra Stewart, a senior fellow of NORC at the University of Chicago, presented some of her recent research on the challenges that the COVID-19 pandemic poses to graduate STEM programs at leading universities across the United States. While many institutions faced serious initial challenges with distance learning, the crisis has also become an impetus for innovation.

“Universities are forced to innovate in ways they would never have done before,” said Dr. Stewart.

The predominant view was that new technologies will become the new norm in the post-pandemic world; but some research participants also felt that it was unclear exactly how many of these tech solutions will remain in place, with Zoom fatigue and overall mental health among the key issues.

To create interdisciplinarity, it’s necessary to bridge disciplines and paradigms, noted Dr. Peter M.A. Sloot, a distinguished research professor at the University of Amsterdam and director of the Complexity Institute at NTU (Singapore). Teams need to share one language, one space, one source of funding and one evaluation. An approach that has been successful in his practice is using systems thinking and complex systems methodology as a common language and fostering the idea that in a joint task, the whole is more than the sum of the parts.

Building an institutional culture that supports interdisciplinarity was a key message in the presentation given by Andrew Comrie.

“It’s really about shared interest and trust,” he said. “It’s important to foster both.”

Teams have to be flexible and modular to be able to reassemble every time there’s a new interdisciplinary question to tackle. Meanwhile, leadership has to focus on both science and management of KPIs – as best scientists don’t always make the best leaders. The key is true collaboration that includes sharing decision-making responsibilities, instrumentation, as well as “fortune and fame.”

Dr. Sijbolt Noorda, president emeritus of the University of Amsterdam, pointed out the importance of risk and reputation management for interdisciplinary teams.

“As university leadership, you have to create safe paths for such groups, make it a 10-year perspective,” he said. “You need to have awards, safety nets, stimulus and good examples of established scholars, so you don’t feel you’re running unreasonable risks.”

When asked about the key takeaways from the meeting, Dr. Stewart commented:

“What strikes me is safety, trust and respect. These issues are deeply cultural and they came up again and again in our discussion of building interdisciplinarity. A consensus emerged on the belief that true interdisciplinarity calls for a transformation in culture. As with all major research universities, this transformation is not easy but to be sure, it is one that has begun at ITMO.”

Established in 2014 as part of the University’s innovative new approach to strategic governance, the International Council provides ITMO’s administration with broad-based advice on enhancing the University’s competitive position on the world’s leading-edge education and research scene. The next meeting is scheduled for June 2021.