The 12th meeting of ITMO University’s International Council took place on June 10 as a Zoom session that spanned 17 time zones across Australia, Asia, Europe and North America. This gathering, which brings top education experts, usually to a single location, generated a robust discussion of the University’s new strategy and the overall changes in the higher education landscape. 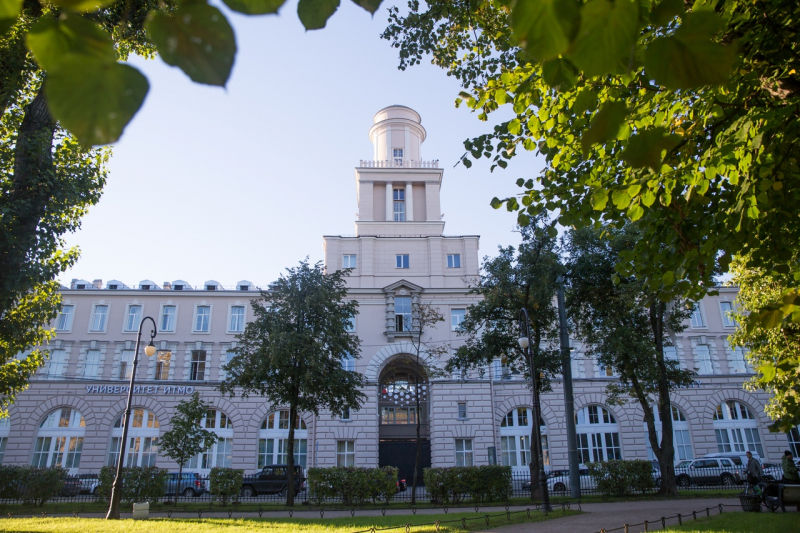 The International Council Chair, Dr. Debra Stewart, a senior fellow of NORC at the University of Chicago, opened the meeting by highlighting ITMO University’s recent achievements, including the strengthening of a well-developed system for advancing and sustaining research, entering the top 100 of several academic subject rankings and becoming a truly global university with over 20% of its student body being from around the world.

“ITMO University has really matured as an institution,” says Dr. Stewart. “There’s the kind of enthusiasm, wisdom, and direction that should make all of us optimistic about the future.”

The main focus of the meeting was the discussion of ITMO University’s Development Strategy for 2021-2027, which emphasises three core “ambitions”: high-level education, high-level research that benefits society, and an open, communicative, digital and infrastructural environment for motivation and self-fulfillment. In her presentation of the Strategy, Marianna Chistyakova, the head of the Strategic Development Department, outlined a vision for a global, open university where students are not defined by their chosen field of study but are first and foremost ITMO students, with inter- and transdisciplinary research at the forefront.

The new strategy comes at a time of political change in Russia, which has included the appointment of a new Minister of Science and Higher Education. The 5-100 Russian Academic Excellence Project, of which ITMO University is a leading participant, is scheduled to come to a close this year and will be replaced in 2021 by a new Strategic Academic Leadership Program, which will unite over a 100 Russian universities and place more focus on national educational goals and milestones. The details of the new program, along with information about a potential funding increase, will be released towards the end of June.

As part of the group creating the new national program, ITMO University is already instrumental in the development of Russian higher education and promoting the principles of collaboration, transparency and openness. Russia’s entire educational system had to go online virtually overnight at the onset of the pandemic, and ITMO University embraced this new reality by sharing its online courses, developing various support systems for students and instructors, and building an online proctoring system that will now be used by universities across Russia.

“The pandemic made our educational system very transparent,” comments Daria Kozlova, ITMO University’s First Vice Rector. “Most of our lectures are available on open-source platforms. You can easily evaluate them and collect feedback. We’re also working towards introducing more active learning.”

Scaling its best practices on the national level is now also part of ITMO University’s Development Strategy for 2021-2027.

“The high-level strategy for ITMO 2021-2027 is impressive in it’s clear focus on the student experience, the advancement of research, and the technical and social infrastructure necessary to advance the university,” comments International Council member Andrew Comrie, professor and associate director at the School of Geography & Development at the University of Arizona. “These three themes each contain initiatives that reflect the entrepreneurial, cutting-edge culture that is key to the ongoing success of ITMO.”

The International Council members addressed several aspects of the new strategy, including the development of a specific action plan and a definition of ITMO University’s “special fuel,” and its own new culture of transparency and openness to new challenges and unconventional approaches. As the University explores interdisciplinary areas and creates new markets, it has to find a way to build on its core identity as a tech institution and bring in humanities and social studies through innovative approaches. At the same time, it’s imperative to do so in harmony with the University’s values of respect for the individual, integrity, academic freedom, openness, and love.

The online format of the meeting didn’t impede generating insight.

“What do you get if you put an international think-tank together in a Zoom meeting across 17 (!) time zones? A big mess? A cacophony of disconnected random remarks? No, nothing like that!” writes the Council member Peter Sloot, the scientific director of the University of Amsterdam’s Institute for Advanced Study and a  professor at ITMO University. “The International Council of ITMO was a great meeting of minds. We zoomed out to see the broad perspective of the serious ambitions of the University and zoomed in to discuss the details on how to get there. They say that if you can see it and it's there, then it's real, but if you can see it and it's not there, then it's virtual... Well, in this case it was a virtual meeting, but we were most certainly all there!"

Established in 2014 as part of the University’s innovative new approach to strategic governance, the International Council provides ITMO’s administration with broad-based advice on enhancing the University’s competitive position on the world’s leading-edge education and research scene. Comprising the Council are renowned international experts who convene twice a year to pool their extensive experience to help propel ITMO forward on its path of development and internationalization. Last November, the meeting took place in Israel, where questions were explored about attracting new faculty members and exploring changes needed within the university to enter the top-100 list of the world’s higher education institutions. The next meeting, hopefully in person, is scheduled for November 2020.