Summer is just around the corner – and the White Nights are in full swing – which means it’s high time to venture out and explore the international side of St. Petersburg, plunging deeper into European culture. So grab a bike, put your favorite sneakers on, and let’s spend this day in a German way! 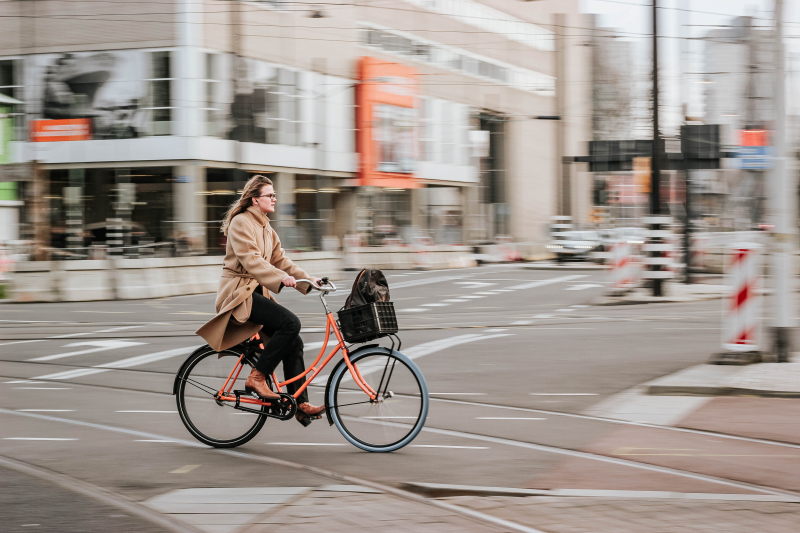 At first glance, modern St. Petersburg has little to do with Germany. However, Germans have played an important role in the city’s development from the very beginning. Among the many top-tier European specialists recruited by Peter the Great to help build the new capital, many were German. Along with their skills, they also brought traditions and culture that played a key role in shaping St. Petersburg. But that’s history now: so let’s go back to the present and try to spend a day here like a modern German!

Germans prefer this two-wheeled vehicle due to numerous (romantic and not so) reasons: from the twisted zoned system of public transport in big cities to its shortage in small ones. But the fact remains that an extensive network of bike paths has already made cities like Berlin and Bremen listed among the most bike-friendly places in the world. Although St. Petersburg can’t yet boast a world-class cycling infrastructure, on a sunny day you can easily make your way to the university by bicycle or take your time to enjoy one of the picturesque bike routes made by locals. And don’t worry if you don’t have your own bicycle – there are plenty of rental services in the city center that’ll lend you a hand.

Buy some knick-knacks at a flea market

Almost every German community and city hosts small and large flea markets. Some say it gives an eloquent picture of the past, others take it more practically and renew their wardrobes here. Whether you’re looking for household appliances or antiques for a fair price, rest assured the stalls are waiting for you. St. Petersburg boasts a slew of flea markets including the Udelnaya Flea Market, once listed among the best in the world. So, why not wake up an hour earlier this weekend and try some treasure hunting?

Treat yourself to street food

It’s lunchtime! It turns out that döner kebab, a German staple, is also one of the most beloved fast foods in Russia, except that here it’s called shaverma. This Turkish-inspired dish is easy to make: the sliced meat of a doner kebab is served on a plate with various veggies, stuffed into a pita, or wrapped in a thin flatbread. Such a mix can energize anyone for a long walk. Check out Pita’s, DKC, Streetapita and more places to try this delicacy as well as other street food options.

When we think of German towns, the first things that come to our minds are Gothic cathedrals and stone-heavy construction. Although the medieval age has passed, this style is still predominant in German architecture. St. Petersburg, like any other respectful European city, hides some Gothic gems across the city and its suburbs. Here are some of them:

The sun goes down, so there’s room for one more activity before calling it a day. Berlin is known around the world for its nightlife, especially for the techno-club scene, which took this genre to new heights. Having become a symbol of freedom granted by the reunification, it’s the sequenced and structured music that, above all, goes pretty well with the Germans’ passion for perfectionism. Those who want to dance the night away to electronic beats won’t be lacking for spaces in St. Petersburg – check out such clubs as Blank, Tancploshadka, and Stackenschneider. If you don’t feel like clubbing, invite your friends and throw your own techno party: all you need is a speaker, a disco ball, and some good vibes.

Interested in German language and culture? Don't miss the opportunity to broaden your horizons with ITMO’s German Speaking Club!