Borders might still be closed, but why not enjoy a day of la dolce vita in Russia's most Italian city? Welcome dear friends, or as they say in Italy, benvenuti, cari amici! 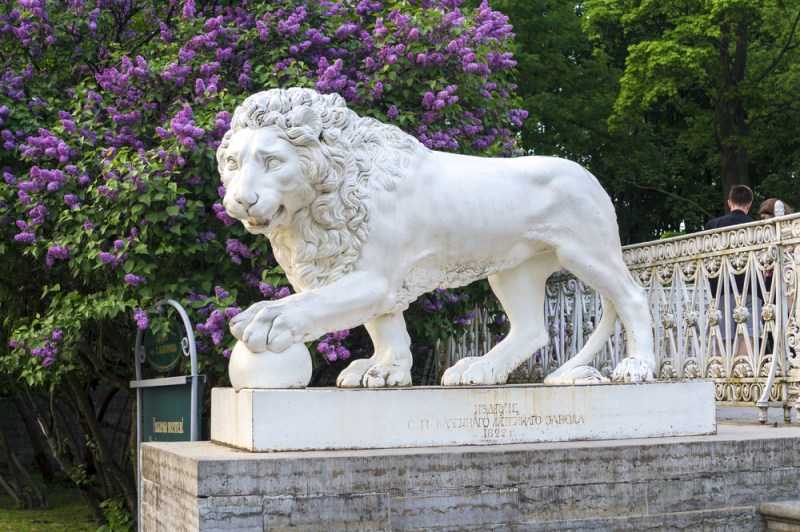 St. Petersburg has a much stronger connection to Italy than any other Russian city: its nickname – the Venice of the North – speaks for itself. It's hard not to draw analogies when you see the many islands of St. Petersburg criss-crossed by a network of canals and separated from each other by meandering rivers. Since Peter the Great’s reign, Italian artists and architects carefully brought their culture to the local lands. It turned out to be such a successful affair that the masterpieces of Domenico Trezzini or Carlo Rossi nowadays seem perfectly natural to our Russian eyes. But it’s time to stop here for a small note: to become an Italian, you need more than to ogle some baroque palaces and neoclassical arches (although they are of great importance), but also to live a day in the life of this cheerful nation. So, let’s give it a try!

Start your day with a coffee

Italians believe a proper coffee should be made from ground and roasted grains. Since starting the day at 8 am in the nearest cafe bar isn't so feasible (these days), we can stick to another popular option and make coffee in a moka pot – a handy steam-powered coffee maker. Actually, any pot would work, but I’d recommend listening to an Italian disco playlist so as not to oversleep the moment your drink is ready. Choose between a full-bodied and intense espresso or a mild cappuccino, but remember that serving the latter after 11 am is in bad taste and forgivable only for tourists. In addition, you can have a cornetto or brioche, and let’s call it a day till lunch since Italy doesn’t recognize hearty breakfasts.

Italy is the birthplace of world-famous lions (I mean sculptures): take, for example, the Lion of Venice or the Medici Lions. People give them different meanings – some believe they represent power and strength, while others think they guard houses from evil spirits. Whatever the case, the number of lions hidden in St. Petersburg is in no way inferior to Italian standards. Energized by sugar and caffeine, you'll easily find them while strolling around the city center. Funny or imposing, majestic and frightening, lions repose on St. Petersburg’s bridges, in its parks, near palaces, embankments, in the form of sculptures and bas-reliefs on coat arms and ornamental images. Here’re just some of them:

To break a record and see them all, use this handy map of St. Petersburg’s lions.

Venice isn't the only city St. Petersburg can boast a connection with; within its back streets lies a piece of Rome! Literally within a stone's throw of Nevsky Prospekt, you can find a beautiful courtyard on Italyanskaya Street. The houses here are entwined with wild grapes, and the largest wall is decorated with an impressive mural of the Colosseum, with surrounding walls painted with tiled roofs and shutters giving the space a very Italian feel. Although the Russian version of the Mediterranean fairy tale is rather two-dimensional, rest assured it’s worth visiting as its vivid colors can brighten up even the gloomiest day. If you’re looking for a more tangible Italian legacy of the Northern Capital, try one of these walking tours.

Listening to someone speak Italian is a true delight, but what are the odds of accidentally overhearing it on the street? So to get yourself in the right space, how about some good old cinema. There is no shortage of Italian movies on the big screens of St. Petersburg – you can opt for both debut works of Italian directors and imperishable classics. Often shown in their original language, they offer you a chance to enjoy this lively, emotional, and romantic language and admire the beauty of such a warm-hearted country. You can always stay tuned with the Italian Cinema Club, which regularly shares updates on upcoming movie events.

After walking and watching, it’s time to go home. However, the day is actually only just reaching its peak. Italy is indeed a friends-and-family country, where nightly dinners are traditional and rather compulsory. So put on your finest clothes, invite your closest friends, and cook loads of Bolognese. Encourage your guests to bring some snacks since such dinners can last for hours, which gives you plenty of time to witness a quarrel, political discussions, and song contests.

P.S. Indeed, there’s a part of Italy in every Russian soul, and one recent proof of it is the great success of CIAO, 2020! – the New Year’s special of the Evening Urgant show. Done in a humorous 80’s disco style, with all the songs and conversations adapted and translated into Italian, it’s been appreciated not only by locals but also Italians themselves.