The developments in Russia’s political, social and economic life in the mid-19th century caused the crisis of Classicism and the rise of Eclecticism, which dramatically transformed the face of the city. 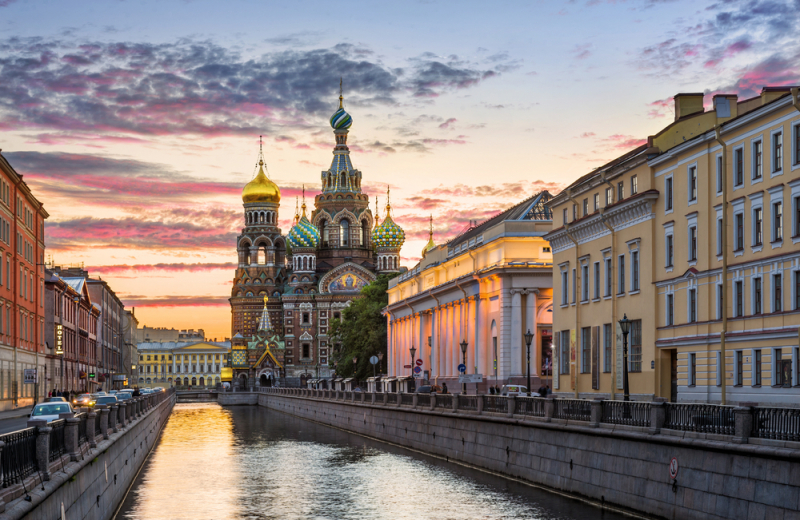 The Church of the Savior on Spilled Blood. Credit: KudaGo.com

The landscape of St. Petersburg went through a significant transformation in the middle of the 19th century thanks to Emperor Alexander II’s liberal reforms and the changes they brought to Russia’s political life. The Emancipation Reform of 1861 led to thousands of former serfs moving to big cities to work at factories, which resulted in rapid urbanization. Together with the development of capitalism, it created the need for new city-planning strategies and approaches to the solution of functional and artistic problems.

Criticized for being overly bureaucratic and impractical, Classicism with its grandeur and monumentality didn’t meet the requirements of the new period. Its numerous columns, porticos, and statues were strangely at odds with the function of new buildings: apartment houses, banks, train stations, post offices, and department stores.

In parallel to the eclipse of Classical architecture, there was also a growing interest in Romanticism and national traditions of different countries and cultures, which resulted in the emergence of a new style, Eclecticism. Stemming from the Greek word ‘eklektikos’ meaning ‘to select’, Eclecticism is an architectural style in which a single piece of work incorporates a mixture of elements from previous historical periods. This term is also loosely applied to the general stylistic variety of 19th-century architecture, which included a range of revivalist styles such as Neo-Baroque, Neoclassicism, Gothic Revival and some others.

One of the most popular revived styles in St. Petersburg was Neo-Baroque. Also known as the Baroque Revival, this style was based on the Russian Baroque, characterized by candy-like two-colored façades and abundant decoration. Among the most vivid examples of this style is Beloselsky-Belozersky Palace, situated at the intersection of the Fontanka River and Nevsky Prospekt and designed by the Russian architect Andrei Stackenschneider. Look at its columns, cartouches, mascarons and statues and you’ll see a striking resemblance with Rastrelli’s masterpieces: the opulent mint green-and-white Winter Palace and the turquoise Catherine Palace.

Another historical period, the Italian Renaissance, also offered a lot of creative opportunities to the architects of Eclecticism. Among the buildings inspired by Renaissance architecture is the Moskovsky railway station, the second railway station in St. Petersburg, designed by Konstantin Thon. Although large Venetian windows, two floors of Corinthian columns and a two-story clocktower at the center explicitly reference Italian Renaissance architecture, the building incorporates other features from a variety of periods and countries.

Competing with Neo-Baroque and Neoclassicism was the Gothic Revival, which drew inspiration from the original Gothic style with its soaring spires, decorated vaulted ceilings, and large stained glass windows. One of the most extraordinary examples of the Gothic Revival architectural style in St. Petersburg is the Chesme Church. Designed by the Russian court architect Yury Felten under the rule of Catherine the Great and situated a little off the beaten track, this small fairytale-like church with striped crenelated walls and five gothic turrets instead of traditional onion domes is probably one of the most unusual orthodox cathedrals ever.

Almost every tourist coming to the Northern Venice considers it their duty to visit Peterhof with its fabulous fountains and the ornate Peterhof Palace. But only a few know about another gem, hidden right nearby, in the Alexandria Park. Designed by Karl Schinkel at the request of Emperor Nicholas I, this elegant miniature Gothic Chapel functioned as the private family church of the House of Romanov.

The second part of the 19th century marked a rising tide of interest in traditional Russian culture and art, which found its way into all art forms including architecture. This move towards romantic nationalism was greatly influenced by Emperor Alexander III’s personality. It was he who proposed to draw on medieval Russian architecture of Yaroslavl and Moscow when designing the Church of the Resurrection, also known as the ‘Savior on Spilled Blood’, built on the site where Emperor Alexander II was fatally wounded by a bomb in March 1881. Its five exuberantly decorated colorful onion domes resembling the domes of St. Basil’s Cathedral in Moscow, as well as its exquisite mosaics based on the paintings of the most celebrated Russian artists of the day, make this cathedral one of the biggest tourist attractions in the city.