So, you've packed up your life, said goodbye to your childhood friends, family, colleagues and are now ready to take a huge leap into the unknown: moving to another country. Probably the first thing you are going to do is to look for some new friends. While that’s terrifying, it can also be very exciting. St. Petersburg, and Russia in general, is a great place to be a foreigner. There is a culture of hospitality in Russia and foreigners are often treated like celebrities, especially if they speak English, as everyone is excited to learn and practice new languages. 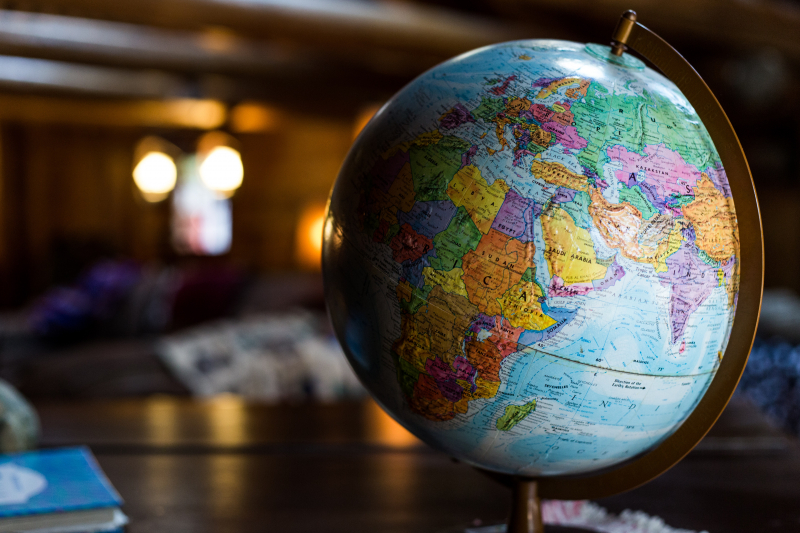 I strongly believe that if you’re moving to a new country, you should try to learn the language, as much as you can, although learning Russian can be quite a rollercoaster ride. Also, it helps to do some research into the culture and history of the country in advance to avoid culture shock. If you do have the time to take some intensive Russian courses, a high-quality but also very expensive language institute is Liden & Denz. That being said, if you’re moving from country to country, it’s not always an easy investment to make.

1. Find your consulate or embassy

You’re unlikely to find the embassy of your country in St. Petersburg, however, many countries have a consulate here, or at least an honorary consul. Before you arrive, or once you’ve landed in St. Petersburg, you should definitely contact them and let them know you’re here, and they will be able to connect you to others from your country, invite you to events, and of course, provide consular assistance when necessary.

Before you get to St. Petersburg, you can already start connecting with expats from around the world via Facebook. There you can get help with things like various visa-related issues, finding an English-speaking hairdresser, and the latest updates of what’s happening in St. Pete. There’s a group for St. Petersburg expats, a learning languages group for teachers and students, a roommate or flat finder group, an expat market where you can buy and sell things, and, if you’re here with your family, then you can also join the expats with kids group. There’s also a group for international students in St. Petersburg. If you think there might be a lot of people from your country in St. Petersburg, there might be a separate group for your country in Russia too.

Since you’ve moved to Russia, though, and will inevitably make Russian friends, you should consider opening an account in Russia’s own version of Facebook, VK. The interface can be used in English, and it's great for finding songs, movies, and events in the city. Although much of the content you will find there is in Russian, using a Google translate plugin on your computer will help ease the experience.

It might sound like it’s a club just for women, but men are allowed too. This is a great place for expats looking for a community and a support group to get together for monthly meetings, social activities, tours, book clubs, craft, languages and speaking clubs, weekly news bulletins, and a chance to help with charity activities. It’s mostly made up of women who are expat wives on spousal visas without the right to work in Russia, so many events are during weekdays. The club is exclusively for people with foreign passports, and a yearly membership will cost you 3,500 rubles. The IWC raises money for charity through a variety of activities like donations, special events, and the Annual Winter Bazaar, and supports orphanages and hospitals, as well as individuals in need. You can easily become a member online, and you will also gain access to an exclusive IWC members-only Facebook group.

Another popular way for expats to get together is InterNations. Becoming a member also costs money, but in return, you get access to a community of expats and lots of events around the city. Groups are formed based on interest and you can participate in any activity that suits you. Annual membership costs about 7 euros a month, while a three-month membership costs 11 euros a month. There is a 30-day free trial, which might just be enough for you to get to know some new and friendly faces during your first month in town.

There are a number of cultural institutes around St. Petersburg, which might also be an attraction for expats to get involved, meet people or attend talks, exhibitions, concerts, film screenings, and seminars. Most of the websites are in Russian and the language of the country, few have English websites. Check out: Danish Cultural Institute, Goethe Institute (German), Finnish Institute, Institut Français (which has a little French café), Italian Institute of Culture, and Netherlands Institute.

English books & other foreign literature are available in libraries and bookshops around the city. My favorite library, which has a wide range of books in English, is the Mayakovsky Library, though you may need to bring a Russian friend (or an experienced expat) to help you sign up for a library card. There are also lots of events there, speaking clubs of different languages, and guest speakers from around the world, such as the English Speaking club that meets every Tuesday at 5:30 pm.

Meanwhile, there are lots of speaking clubs around the city. You will be able to find plenty by googling and asking around and they’re a great way to make friends, especially with locals that speak English well. One of the most popular English speaking clubs is called “Kitchen Talks”. It’s held on Wednesday evenings and focuses on deep and challenging topics, like Polyamory, Substances, Faith, or Artificial Intelligence. Also, English Speaking Club in St. Petersburg, organized by InterNations, meets on Monday evenings at different restaurants in the city. Everyone can participate for free – as long as they grab a drink or food from the venue.

You may have already heard of Toastmasters, an international network of public speaking clubs. It’s a great way to develop your public speaking, communication and leadership skills and also make friends. The St. Petersburg branch, meets monthly, usually at a different location around the city. You don't have to sign up as a member right away; show up to a meeting as a guest if you'd like to get a feel for it.

Believe it or not, once a week you can watch stand-up comedy in English in one of St. Petersburg’s bars. It’s usually held every Tuesday at Medovarus bar, and it’s open-mic, so anyone can get involved. If you want to see films in their original language, check out this site with the help of an in-built translator, it shows what's available all over the city at different cinemas. If you like ultimate frisbee, you can join this group, and participate in regular games. There’s also an Australian Football League (AFL) team in St. Petersburg that plays against other teams across Europe. Fun! If you have any idea what AFL is.

The most common food delivery services in St. Pete are Yandex.Eda (the Russian Uber Eats) and Delivery Club; their apps, however, are currently only available in Russian, so you might need to place your order using a translator plugin on your computer, or ask a Russian friend to help. There are also a few restaurants that offer food delivery online in English, such as the Italy and Ginza restaurant groups, or Mozzarella Bar. For others, it might be better to call and find someone who speaks English in the restaurant to take your order.

You may also be interested in this blog post from one of our ITMO Fellows from Austria, in which he talks about his own expat experience in St. Petersburg. Always check out our weekends articles to stay up to date on events taking place in the city.