10 Movies for a Summer Night-In

Movie Fridays is officially one year old, and we are celebrating by going back to the series’ roots: summer film recommendations. Dramatic and melancholic, flamboyant, buoyant and adventurous, you won’t go wrong with one or all of these for a great cinematic binge! 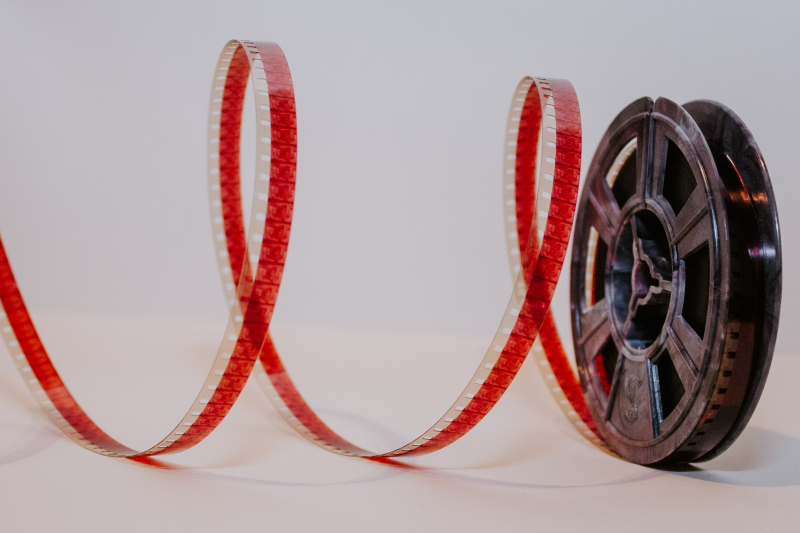 Call Me By Your Name

An excellent watch to take a plunge into the scorching heat of summer even if the actual season’s comportement leaves much to be desired, Call Me By Your Name pictures the touching onset of a first love that gets to even the most cynical cynic out there (raises hand). This is largely due to the moving rawness and vulnerability of Timothée Chalamet as an actor: this cinema’s darling will definitely be going places, if he hasn’t already. The film’s score and cinematographic style deserve another special mention, screaming summer and sun and that shabby, white-linen-drying-outside kind of refinement characteristic of rural Italy and, perhaps, the ‘80s.

We have already covered The Little Drummer Girl’s then-impending launch, and are now duly following up with our review. Which is, we love-love-loved it. Florence Pugh is an acting genius with a Meryl Streep-esque onscreen charisma, the aesthetics are on the best, most stylish side of the ‘70s, the story is full of brilliant cliffhangers, the cinematography is on point, and you’d feel inclined to binge the show from start to finish even if you had a life-or-death meeting the next day (totally not our case, but maybe Sophia Amoruso is reading). A must-watch perfect for a clammy summer evening to fully immerse yourself in that suffocating, on-edge ambiance of the plot.

Whist our previous recommendation is better consumed on hot summer days, this one is best for when the outside is raging with non-stop, torrential rain, sucking you of all hope for a cheerier time like some kind of athirst dementor. Faces Places is a pure delight of a film (because calling it a movie feels too nonchalantly blasphemous) that makes you feel all warm and fuzzy on the inside. Chapeau to the wonderful, unique, insightful Agnès Varda – we are going to miss you ever so much, Madame.

We all know this story about the faraway land where it’s flat and immense, and the heat is intense, and the princess that decides to change her marital status is deprived of her rights to the throne because hey, patriarchy. But the 2019 Aladdin does cover for some of its predecessor’s injustices, and is not at all too bad of a movie in its own right: vivacious and vibrant, though not without a certain blandness typical of most Disney flicks. We’ll cut the corporation some slack, though: with the latest Aladdin and its feeble but still existing pro-feminism stance, the inclusion of a queer character in the 2017 Beauty and the Beast (and, episodically, in Frozen before that), and the recent news about talented young woman of color Halle Bailey being cast in a live-action movie of The Little Mermaid, it seems that it finally took the right turn. Touchwood.

Spike Lee’s satirical chef-d’oeuvre portrays historic truth of the ‘70s American racial tensions in all of its nastiness, whilst also connecting it to the present-day sociopolitics in chilling parallels at the end. You could reproach BlacKkKlansman for its chaotic pacing but this is lost, or maybe even put to its advantage, by the scorching message at the center of the story. John David Washington and Adam Driver are perfect as the unlikely undercover friends-in-arms; the narration is unflinching, the nods to the present day are forthright, and the movie just keeps you on the edge of your seat for its whole duration. Best Adapted Screenplay? Absolutely, but also Best Director, Best Supporting Actor, and probably Best Picture too. Damn you, the 2019 Academy Awards, damn you very, very much.

Crazy Rich Asians is a just so romcom with classic tropes but – revolutionary – a full-Asian cast. And what cast: Michelle Yeoh, Constance Wu, Awkwafina, Gemma Chan, all gifting their roles with sparkle and character. The film won’t clue you in on the meaning of life, perhaps, but that it does make for a pleasant watch is undoubtable. A cocktail of modern-day Cinderella, Sex and the City, and Gossip Girl, it is as much a two-fingered gesture to the white domination of mainstream cinema (“it’s not a movie, it’s a movement,” proclaimed director Jon M Chu, though there was some criticism on how his work paints the vibrant and diverse continent with the same brush) as it is a striking display of ostentatious wealth, unbridged consumption, and decadent lifestyles at the backdrop of the rising tiger economies.

But I’m a Cheerleader

One of the great overlooked comedies of the 1990s, But I’m a Cheerleader also serves a hearty dose of satire presented in a saccharine formula that magnifies its biting effect. Mischievous and tender, the film is the best of both worlds: here a clever playing off stereotypes is combined with a happy ending, and it feels so good. Starring Natasha Lyonne, Clea DuVall, Cathy Moriarty, and – wait for it – RuPaul Charles; an absolute cracker of a cast.

This list has a fair share of biographical dramas, but sometimes life is more enthralling than fiction. Case in point is Hidden Figures, a stirring, emotive story about the unspoken heroes of the space race era. We follow them through the thick and thin, cheering for their spirited personalities, incredible intelligence and unshakeable strength of character; and, as the credits roll up, you feel uplifted and inspired, but this effect is achieved in the course of a long journey with its bumps of anger, fists in the air and spells of you wishing you had a couple of rotten tomatoes up your sleeve to throw at a couple of particularly exasperating characters. A lovely, feelgood and educative movie, complimented by a zesty soundtrack and note-perfect stylistics.

Can You Ever Forgive Me

The 2019 Oscars were big on snubs, and here is yet another of them. Based on a true story of the writer Lee Israel, in Can You Ever Forgive Me, Melissa McCarthy and Richard E Grant embark on a legally dubious adventure to help make their ends meet: she sets out to forge private letters of important somebodies and consequently feed these to various collectors, and he provides her with moral support, criminal abetting, drinking company and a comforting feeling that there are more losers in the world than just her. But don’t be fooled: what we are following on the screen is much more than a buddies-in-crime story; rather, it is an understated psychological drama revolving around the lonely figure of the sometime literary great, bleak at some times, funny at others, but never losing its humane, and thus all the more piercing, incisiveness.

A haughty bosszilla, a suppressed assistant, forced to change places in an unforeseen turn of fate; you may think that you’ve seen this before, but Little will not put up with your airs and graces, reversing all attempts to be shoehorned into this or that category. There is a place for everything, magic included, but comedy is the name of the game here, coupled with a comme-il-faut ending that puts the world to right in a non-preachy, satisfying sort of way.