New Year is all about planning new adventures. I’ve always wanted to travel along the iconic Trans-Siberian Railway all the way from Moscow, across the Urals, through Siberia and to Vladivostok in the Far East. At 9,289 km it is the longest railroad in the world and bridges the vastness of Russia. 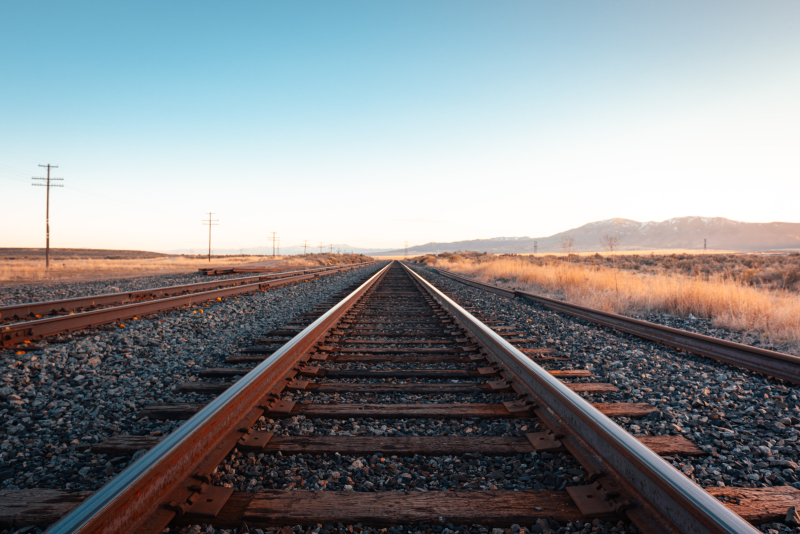 A trans-Siberian train moves along the shore of Lake Baikal. Credit: planetrail.co.uk

It might be a while before I can actually do that, so I was happy to climb under a blanket over the holidays and go on an imaginary journey with the new book TrainsSib. The Train is Leaving!

Every spread depicts a town or a village along the way through the eyes of a local child or adult: their favorite sights, activities, treasures at the local market, local words.

It’s not just about the places. It’s the people who live there, their stories and their connectedness to the entire country through this railroad.

Here’re just some of the stops:

Moscow. Your journey starts at the 0 km marker on the Yaroslavsky Railway Station. How do you give a glimpse of Moscow in one spread? You find yourself in the middle of a typical courtyard near Pokrovka, covered in June poplar down. Here, people call a bakery “buloShnaya” instead of “buloCHnaya” and get around by metro that’s an architectural wonder.

Yaroslavl, 280 km. This ancient town has churches dating back to the 17th century. You might hear a prolonged letter “o” when people speak, and if you’re lucky, enjoy traditional horn music.

Perm, 1,438 km. Originally settled during the Stone Age, this city in the Urals became famous for mining copper and salt. You can see dinosaurs in the Museum of Perm Antiquities and try local pastries stuffed with a plant called field horsetail.

Ekaterinburg, 1,819 km. The first metal-working plant founded here by Catherine the Great gave the city its name. Now it’s also known as the “Rock Capital of Russia” thanks to the number of rock bands that originate here. You have to try “shangi” – open-faced pastries with mashed potatoes or berries, as well as mushroom-stuffed pelmenis.

Kargat, 3,166 km. This tiny station is known for an excavation site full of mammoth bones and a summer outdoor market where you can buy forest berries, pine nuts and cheese.

Novosibirsk, 3,344 km. The largest city in Siberia, it is home to over 1.6 million people. You can drive (and walk, or take a metro) across the Ob River, spend a day at the zoo, one of the largest in Russia, or check out the night sky at the two planetariums.

Krasnoyarsk, 4,106 km. Two of this city’s top sites - a massive bridge across the Yenisei River and the Church of Paraskeva Pyatnitsa are on the (now nearly extinct) 10-rouble bill. Here you can try “sugudai” – frozen fish sliced thin and dipped in salt and pepper, and explore the famous Stolby Nature Reserve.

Irkutsk, 5,078 km. In 1790, this city got its coat of arms that featured a Siberian tiger holding a mink in his teeth. Now you can stroll around the historic District 130 with beautiful 19-century wooden houses and enjoy the view of the Angara River.

Slyudyanka, 5,204 km. Founded by the Cossacks in the 17th century, it was once famous for mining mica and other minerals. It is located at the southern tip of Lake Baikal, so you can enjoy magnificent views of the largest freshwater lake in the world.

Chita, 6,207 km. Along with Russian holidays, people here also celebrate the holidays of the local people – the Buryats. The hills are covered with purple flowers of the heather-like plant bagulnik. The word for “pretty” here is “bravenkiy”.

Zavitaya Station, 7,995 km. In the Russian Far East, cuisine is often influenced by nearby China, so here you can try sweet-and-sour pork and fried eggplant.

Vladivostok, 9,288 km. This is the final stop of this six-day journey. The port was founded here in 1891 and that year, wild tigers ate all the dogs brought by the officers. The famous Russian writer Anton Chekhov wrote about a whale he saw in the harbor. Now, he’d probably be impressed by the Golden Bridge. Things to try here are the Pacific crab and chocolate with seaweed.

While the book is in Russian, it’s fun to explore even with basic Google translate. The illustrations are beautiful, and the sense of adventure is real.

Our own Maryam Reyhani has travelled parts of the Trans-Siberian Railway and also around other parts of Russia.Check out her excellent account of that journey!

Here’s to exploring, in the new year and always