Whenever I get to discuss my Russian travel plans with my friends, there comes a moment when one of us says, “This has to be the place every Russian wants to visit”. I noticed that those seemed to fit perfectly with another “Russian dream” of crossing the country from West to East, stopping at some of the world’s most amazing natural wonders along the way. Here’s what’s on my list for my round-the-country trip once I get to make it. 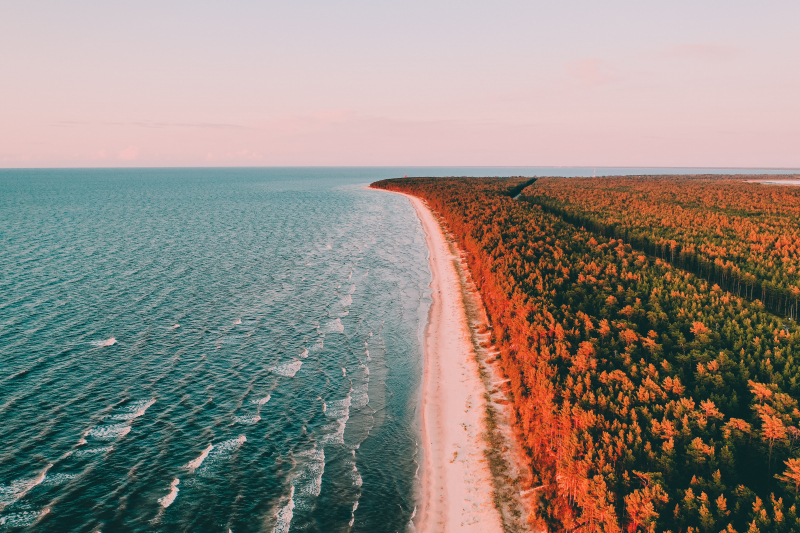 Known as Kurshkaya Kosa in Russian, this is a rather narrow but 98km-long line of mostly sand separating the Curonian lagoon from the Baltic sea. The Northern part of the spit is located in Lithuania, while the Southern part belongs to Russia’s Kaliningrad region, the country’s Western exclave. This is a UNESCO World Heritage site, thanks to the highest moving sand dunes in Europe, the dancing forest (pines growing in peculiar shapes) and its long and unique history. Undoubtedly, the best start to a cross-country pilgrimage.

At 5,642m, this is the highest mountain in Europe (though some scientists claim it shouldn’t be considered European at all), the fifth most prominent peak in the world and, naturally, a dormant volcano. Located in the Southern regions of the country and in the middle of the mountain range, the peak offers a number of ascending routes of various difficulties for those willing to take the challenge. In fact, there is even a special race that started in 1990 and became a regular event in 2005. The record-holding sportspeople are capable of climbing up and down using the long route in a little over 4 hours.

Moving on to one of the best-known destinations to those outside of Russia, Lake Baikal is one of Siberia’s many gems and the world’s largest freshwater lake. There are many superlatives one can use when describing it, actually – arguably, the oldest (formed as a rift valley), the clearest, and the deepest. Unsurprisingly, it, too, is a UNESCO World Heritage site, as it offers not only superlatives and stunning views, but also many unique species of plants, and is home to native Buryat tribes. It really is a remarkable place worth all of the publicity it receives.

Formed in the Cambrian Period (that’s even before the dinosaurs roamed the Earth, can you imagine?), this unique rock formation is located on the banks of the Lena River, which makes it another one of Siberia’s (or rather, the autonomous Republic of Sakha’s) treasures. The pillars can be admired from the river or hiked, though admittedly, the paths can be rather dangerous. One more fact before we go, some 180km away from the pillars, Yakutsk, the world’s coldest city is located. So, perhaps, this trip is better be made over summer.

Now, we’ve arrived at our final destination. Though not the farthest Eastern point in Russia, the Kamchatka Peninsula cannot be overlooked. Housing the world’s highest volcano, Klyuchevskaya Sopka, the region is located in a seismically active zone, which means it is often susceptible to earthquakes and tsunamis. It doesn’t stop the brave, though, who turned one of the Kamchatkan volcanoes into a snowboarding paradise, as apparently, one can snowboard inside the volcano itself, then exiting it to slide down its outside. Few can boast having seen the inside of a volcano and come back to tell the tale, right? The wonders don’t only await the daring few, as, regardless of your snowboarding abilities, the views are breath-taking.