Today marks the start of the Nobel Prize season. While the Committee is all set to announce the names of the greatest minds in physics and chemistry, various research companies and experts remain true to the long-standing tradition of making predictions for possible winners. Although their forecasts are rarely right, they highlight the biggest breakthroughs that hold the greatest promise for global science. Before the results are announced, here is what you need to know about recent laureates and the most promising inventions in exact and natural sciences. 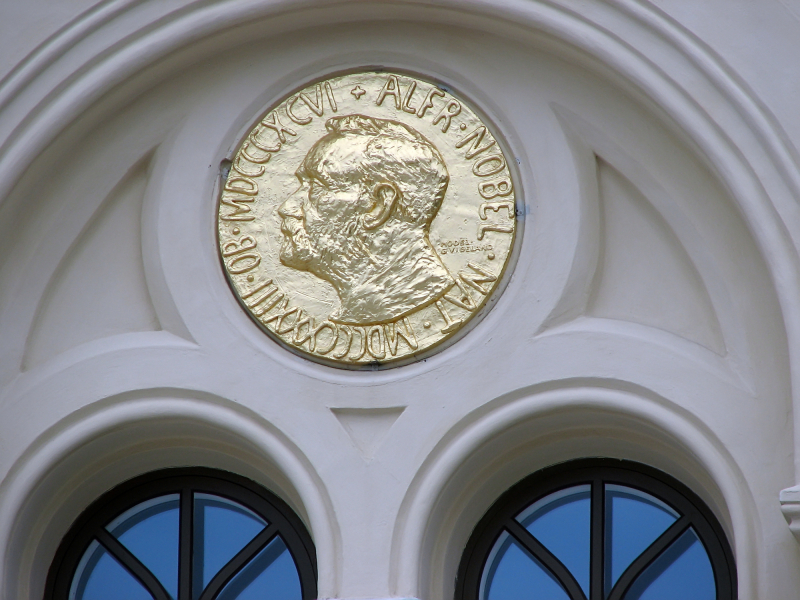 In recent years, the Nobel Prize has become more “cosmic”, being awarded for “decisive contributions to the LIGO detector and the observation of gravitational waves” in 2017, theoretical discoveries in the field of cosmology and “the discovery of an exoplanet orbiting a solar-type star” in 2019, and for studies on black holes in 2020.

There was a short break in the trend in 2018 with more of a focus on applied sciences. Back then, three physicists received the award: American scientist Arthur Ashkin was honored for “optical tweezers and their application to biological systems”, as well as French researcher Gérard Mourou and Canadian optical physicist Donna Strickland who shared the award for inventing a breakthrough method based on high-intensity lasers called chirped pulse amplification.

This year, Clarivate* named three laureates for the Nobel Prize 2021. The first candidate is Alexei Kitaev, a scientist from the California Institute of Technology, who works in the field of topological quantum computing. Another nominee is Mark Newman from the University of Michigan. His large-scale research on network systems makes it possible to model the course of events in various natural systems such as social networks or an entire ecosystem. And, finally, Giorgio Parisi, a professor at the University of Rome, whose research focuses on quantum thermodynamics. He is also a co-author of the DGLAP evolution equations.

Michael Grätzel is also considered as one of the potential Nobel Prize winners in 2021 or the years ahead.

“Even judging by formal criteria, Michael Grätzel is one of the most highly cited scientists of our time surpassing most of the Nobel laureates. His works have been cited over 250,000 times, and his h-index is 224,” comments Sergey Makarov, the dean of ITMO’s Faculty of Photonics and the head of the Laboratory of Hybrid Optoelectronics and Nanophotonics.

Grätzel is one of the developers of the so-called Grätzel cell operating on the principles of photosynthesis. Proposed back in 1991, the first cells were based on a porous layer of titanium oxide nanoparticles covered with an organic dye. The efficiency of the first prototypes scaled up from 8% to 12% in the second decade of the 21st century. Since 2009, the technology is commonly used to produce solar panels.

A little over ten years ago, the architecture of the Grätzel cells was drastically improved by replacing the dye and electrolyte with halide perovskite. As a result, the solar cells gained an efficiency of 25%, thus raising themselves up to the level of silicon batteries, which are now available on an industrial scale. Currently, Michael Grätzel conducts studies on enhancing the stability and scalability of perovskite solar cells at his laboratory at EPFL.

“I believe that the groundwork laid by Michael Grätzel over 30 years ago will ultimately lead to the creation of a ready-made product. This technology will become our helper in solving current energy challenges, which are now tackled jointly by all of humanity. Throughout the world, people create startups to develop marketable perovskite solar cells. And some of them even bear the name of this world-famous physicist like Greatcell Energy,” says Sergey Makarov.

There's a certain buzz around interdisciplinary research these days, with many experts making discoveries in the field of biology and other sciences. Thus, the 2018 and 2020 Nobel Prizes were awarded for research on directed molecular evolution and gene editing techniques. The 2020 Nobel Prize in Chemistry was awarded jointly to Emmanuelle Charpentier and Jennifer A. Doudna for the development of the CRISPR/Cas9 method for genome editing.

In 2021, Clarivate looks forward to the success of both chemistry and interdisciplinary researchers. Its first nominee is Barry Halliwell from the NUS Yong Loo Lin School of Medicine in Singapore with his work at the intersection of two fields. After studying free radicals and the mechanisms of their neutralization in plants for a long time, the professor switched his focus to the role of free radicals in aging and the pathogenesis of various diseases, including neurodegenerative ones.

William L. Jorgensen from Yale University has also been included on the list thanks to his medicine-related research. Considered a pioneer of chemistry computing, the scientist searches for ways to model cell interactions. Prof. Jorgensen is most known for his models of aqueous reactions. Now, he uses computational methods to develop drugs, including reverse transcriptase inhibitors used in the treatment of HIV.

There is also Mitsuo Sawamoto from Chubu University who discovered the reaction of atom transfer radical polymerization used to obtain poly or polyacrylamide. With the help of organometallic catalysts, the researcher managed to gain greater control over the reaction course.

As noted by Ekaterina Skorb, a professor and the head of ITMO’s Infochemistry Scientific Center, the current trends highlight the achievements of George McClelland Whitesides from Harvard University, whose research interests lie in nuclear magnetic resonance spectroscopy, organometallic chemistry, microtechnology, microfluidics, and nanotechnology.

“Worthy of note are his studies on self-assembled monolayers commonly used in electronics and microfluidics, which makes various complex devices for chemistry and biotechnology possible: from DNA sequencing to compact lab-on-a-chip,” adds Ekaterina Skorb.

Ever since 1901, the Nobel Prize has been awarded annually on the anniversary of Alfred Nobel's death. In 1895, the Swedish chemist left most of his wealth to establish a fund, which would provide prizes for people who have brought the greatest benefit to humankind. According to his will, the stated money had to be split into five equal parts: Physics, Chemistry, Physiology or Medicine, Literature, and Peace.

Traditionally, a person can only receive the Nobel Prize once and the prize cannot be withdrawn. Yet history knows the names of scientists who received two Nobel Prizes.

One of them is American physicist John Bardeen, who was first awarded in 1956 for the invention of the transistor and again in 1972 for a fundamental theory of conventional superconductivity.

British biochemist Frederick Sanger also won the Nobel Prize twice. In 1958, he was awarded a Nobel Prize in Chemistry for his work on the structure of insulin and for his fundamental studies of the biochemistry of nucleic acids, including recombinant DNA in 1980.

American chemist Linus Pauling was the only person to receive two unshared awards: the Nobel Prize in Chemistry in 1954 and the Nobel Peace Prize in 1962. He was a strong opponent of nuclear weapons.

In 1903, Marie Curie and her husband Pierre Curie became the laureates of the Nobel Prize for their research of radioactivity. Later,  Marie Curie won a separate award for her discovery of polonium and radium. Thus, she not only became the first woman to win a prestigious award but also the first scientist to earn the award in two different fields (Physics and Chemistry).

“This year, the Nobel Committee has already announced the winners of the Nobel Prize in Physiology and Medicine. The laureates in Physics, Chemistry, and Literature will be known on October 5, 6, and 7 respectively. The winner of the 2021 Nobel Peace Prize will be unveiled on October 8 in Oslo and the laureate of the Nobel Memorial Prize in Economic Sciences will be announced on October 11. The award ceremony will be held on December 10 as part of Nobel Week. Due to the ongoing pandemic, the laureates will receive their awards in their home countries.

*Clarivate earned the reputation for offering the most accurate predictions in exact sciences. The company owns several information systems, including the world-renowned Web of Science, and annually shares a list of researchers who stand a good chance of winning the Nobel Prize. Although its criteria are not entirely known, the organization takes into account the papers that have been cited over 2,000 times in Web of Science.