Paving the Way to Next-Gen Devices: Your Guide to Metaphotonics

It's rare for fields like physics, chemistry, biology, and computer science to function in isolation, most scientific breakthroughs these days involve an interdisciplinary approach. Metaphotonics is one of such field that has the potential to revolutionize traditional views of optical and electronic devices. How? In this article, ITMO’s Sergey Makarov, head of the Laboratory of Hybrid Nanophotonics and Optoelectronics and the frontier laboratory Solution-Processable Laser Diodes, and Ivan Sinev, a researcher at the International Research Center for Nanophotonics and Metamaterials help us discover this nascent field. 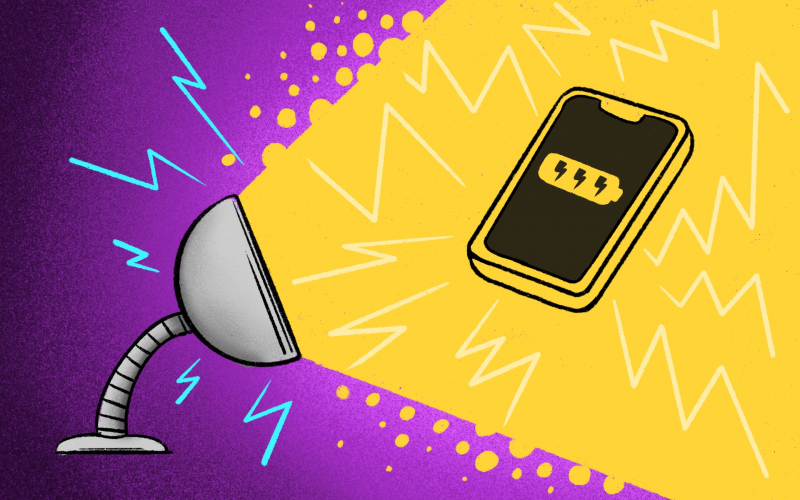 It is a new research field bridging optics, photonics, solid-state physics, materials science, as well as innovative approaches to their synthesis and structuring. In simple terms, it’s a science that combines aspects of physics and chemistry that aims to develop innovative materials and potentially next-gen optoelectronic devices.

How does chemistry come into it?

Chemistry and metaphotonics use the same approaches to use known elements to produce new materials with novel functionality. For instance, water is made from hydrogen and oxygen, however, its properties have nothing in common with any of them. While chemistry studies combinations of atoms, metaphotonics works with metaatoms – elementary particles or structures of materials that have a special way of interacting with light. Chemists synthesize new chemical compounds and physicists assemble metaatoms into lattices, crystals, and metasurfaces with new unexpected properties.

“Chemistry is more about the materials themselves, while metaphotonics focuses on their structuring and turning materials into particles with the necessary properties or organizing them in a certain way to produce interesting results. One of the advantages of photonics is that it works with relatively big particles of about 100 nanometers, which are easier to control than single atoms. Thanks to that we can precisely order and position these particles with modern technologies,” says Ivan Sinev.

Another important link to chemistry is the chemical synthesis methods used in metaphotonics. They allow to significantly simplify and cheapen the production of photonic structures. Earlier, they were produced through the physical deposition of materials and lithophraphy, which require a separate lab with expensive equipment. These days, perovskite crystals, for instance, can be grown in test tubes.

What are these materials?

These are the same materials that have been studied by photonics researchers for several decades: silicon and other materials with a high refraction index, polymers, perovskites, dichalcogenides of transition metals, and materials with phase memory.
In detail:
Particles of silicon and other materials with a high refraction index are the most widely studied and most popular. There are many particles of such materials with different designs and optical properties, the main ones being the ability to concentrate and guide light. This makes them particularly useful for nanoantennas and resonators.
Perovskites are a relatively younger field and an umbrella term for a whole class of materials with the same crystal lattice but very different properties. The most interesting feature for physicists, however, is that perovskites can transform light into electricity (and vice versa!). If you subject a perovskite to light, it will produce electricity, and if you subject it to electric current, it will glow. Perovskites are most often used in solar cells and diodes.
Dichalcogenides of transition metals are interesting for researchers because their crystals, like graphene, can be split into ultrathin layers which demonstrate peculiar properties. For instance, they can produce excitons, quasiparticles that consist of a negatively charged electron spinning around a positively charged electron hole. Excitons can be excited by light and connect with photons (producing polaritons), thus guiding them in the directions outlined by researchers. These properties can come in handy in future optoelectronics.
Materials with phase memory are complex compounds based on atoms of chalcogenides (selenium, sulphur, tellurium) with semiconducting properties. One of the most popular compounds is germanium-antimony-tellurium, used in DVDs and flash memory. Such alloys can shift between crystal and amorphous states when lightly heated, and then stay in one of these states without additional heating. This feature lies at the core of the simple memory effect: switching between two states that have a notable difference in their physical properties, such as refraction index or conductivity.

What are their applications in metaphotonics?

Knowing specific properties and advantages of each of these materials, researchers can experiment not only with the geometry of photonic structures, but also with different combinations of materials.
For instance, perovskites aren’t sufficiently effective at absorbing light outside the visible range, such as infrared radiation. However, they can be combined with conversion materials that can transform infrared radiation into the visible range.
The unique properties of phase memory materials can be considerably extended with some photonics developments: for instance, we can make memory devices multilevel. It turns out that photonics structures with inclusions of such materials can produce not only such marginal states as wholly amorphous or wholly crystal, but a multitude of states in between.
Another example is dichalcogenides of transition metals. Their 3D structures are not that exciting, but when turned 2D (in atom-thin layers) they start radiating light. If such monolayers are integrated into periodic photonic structures, they demonstrate interesting nonlinear effects. For example, in response to changes in light radiation intensity, they adjust the wavelengths of their own radiation.

Why is it useful?

Metaphotonics is linked to such future technologies as superefficient perovskite-based solar cells, thin-film technologies based on light flexible materials (such as dichalcogenides momolayers) for flexible electronics, as well as photon-based optoelectronic devices and new memory devices with multilevel memory. Moreover, it is a promising field for various sensors, biodetectors, diodes, and even target medicine for tumors.

Are there any prototypes?

Yes, there are. For instance, researchers from ITMO’s Faculty of Physics are experimenting with perovskite modifications. They succeeded in making perovskite crystals water-resistant thanks to silicate coatings, which allows them to radiate light even inside living organisms, opening new paths for bioimaging and target treatments. A special silicon paste developed by the scientists made it possible to increase perovskite energy-efficiency. Moreover, they created the world’s smallest laser that works in the visible range at room temperature.
Additionally, there are successful experiments with phase memory. For example, it turned out that a structure based on the silicon and phase memory compound germanium antimony telluride can produce a highly useful effect: it can turn transparent or reflexive in infrared radiation. This extends existing properties of optical memory, as well as makes it applicable in lidars and small optical lenses, such as those used in smartphone cameras.
What’s more, the researchers actively study the so-called quantum materials, dichalcogenides of transition metals. For instance, they have established and tested optical methods to control such structures, switching their magnetization with laser pulses or their photoluminescence with temperature changes.

Metaphotonics is an emerging yet quite promising field that not only makes use of well-studied materials properties and their combinations, but also offers room for surprising discoveries. After all, optical properties of various materials are found to change drastically depending on their structure design, dimension, lattice or crystal geometry, particle position, symmetry, phase state, radiation intensity, temperature, and many other factors. In fact, metaphotonics can boast fascinating research potential.

“Metaphotonics is becoming more multidisciplinary, with scientists starting to adopt more and more materials from the physics of semiconductors, light-emitting diodes, photovoltaics, and laser technologies. It turns out to have quite a few applications, and now the question is: what’s next? We see how rapidly this field is growing, and soon it will include even more materials and their combinations,” says Sergey Makarov.
This breakdown is based on the article Multifunctional and Transformative Metaphotonics with Emerging Materials in Chemical Reviews written by a research team from ITMO University and the Australian National University. Published monthly by the American Chemical Society, Chemical Reviews is one of the highest-ranked journals in chemistry, with its impact factor being as high as 60 (a measure of the frequency with which an article from the journal has been cited – Ed.). The article describes in detail the materials, which are currently used or hold a promise for metaphotonics, as well as their synthesis methods and possible applications of devices based on these materials.