ITMO University’s Preaccelerator began its second run on October 3. Some 100 teams will have an opportunity to develop their idea from a concept to a final project. 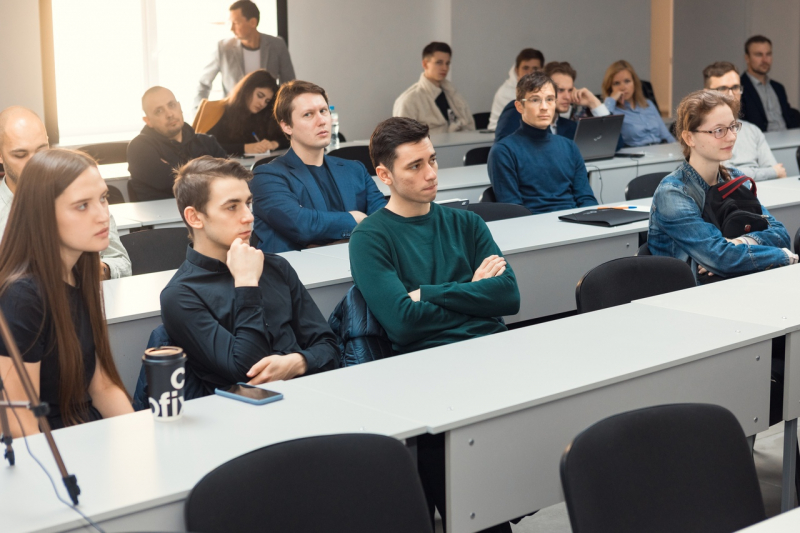 The Preaccelerator was launched in 2019 specially for those who have an idea but aren’t sure how to turn it into a real business. Over the course of three months, the participants check if their idea is viable, determine their market niche, and develop a minimum viable product. The best projects have a chance to enter the final Demo Day, present their concept to potential investors, and continue on their path at the Accelerator.

The first graduates of the Preaccelerator have already received 5 million rubles in funding, won the Digital Breakthrough hackathon, started a digital revolution in the construction industry, and won a grant from Amazon Web Services and the Foundation for Assistance to Small Innovative Enterprises.

This year, almost 500 participants entered the Preaccelerator’s educational program. During three months they will have access to a basic online course on product design and manufacturing, find a sales market and target audience, choose marketing strategies, and improve their presentation skills. The course includes practical tasks and tests. Once every two weeks the participants will also attend lectures and workshops given by Preaccelerator’s mentors and other experts. Mikhail Gavrilov, the vice president of Bank St. Petersburg, and Vitaly Terentyev, the head of the department of special projects at HeadHunter, are among the lecturers.

The first workshop on generation of business ideas and team building took place in late September. On the opening day, Maksim Makarov, a business consultant and mentor, gave a lecture on how CustDev (customer development interview) allows you to test your hypothesis on potential clients, realize if your product will be in demand, and whether it’s worth spending money on things that won’t bring you profit. The lecture is available on the Accelerator’s channel (in Russian).

In case the epidemiological situation will worsen, the course will be switched to online mode as it did last spring. However, Natalya Lebedeva, ITMO Accelerator’s PR manager, says that organizers will try to function on-site if possible.

“The participants will get more valuable experience this way, as all our events require communication and active networking. That’s how you find like-minded people, partners, and team members. One of the key advantages of the Preaccelerator is the fact that all its teams find various useful contacts and connections when they come here. It’s very important,” she says.

There were 190 teams among those who applied for the program with individual support by mentors. 100 of the most interesting projects will be granted an opportunity to present their idea to tracker mentors during a pitch session. Then, each out of seven mentors will choose projects to curate.

“This time, a lot more applicants filled out the extended application form (which includes not only the general idea, but also business strategies, team members, potential target audience, and so on). These forms will be evaluated at the first stage of selection. Then, the chosen teams will present their projects at the pitch session, as a result of which it will become clear who gets their own mentor. All other teams will be able to attend our lectures and online course without a tracker’s support.

As for the ideas – there are all kinds of them. For example, there is an interesting project on the human microbiome: they want to create their own media and launch a line of products. There are several concepts in the field of alternative energy sources and ecology. For the most part, however, the projects are related to various services, apps, and online schools,” says Alexey Solomatin, the head of the Accelerator.

One of the new features that are implemented this year is a ranking system. Each team has its personal dashboard with things they succeed in: completed modules of the online course, attended events, solved practical tasks, and work carried out with trackers. Each activity is rewarded with points. Business achievements are to be evaluated, too: that includes first sales, funding received, contests won, and so on.

Other than daily work with a personal tracker, once every three weeks there will be a meeting with all the mentors in order to discuss achieved results, share ideas, and find new solutions and strategies.

Most of the mentors are active entrepreneurs and business consultants with a lot of experience in various startup incubators. However, the trackers emphasize that their task is not to find connections and funding for the startups but to teach team members the most efficient development strategies.

“We trackers always pick the teams that we know how to help most,” says Gleb Lopin, one of the trackers. “My main task is to form a general idea of what they should do to achieve success. And also – to teach them how to test their ideas quickly and abandon them if needed rather than lose time. For example, about a third of all applications contain the same ideas. That’s probably caused by the fact that they are quite obvious, which means that there are probably other teams working on them, maybe major ones. So such projects probably won’t make it. As for me, I always like ideas about new energy sources or improving the energy efficiency of existing technologies. These concepts are a big deal – it’s hard to implement them but once it’s done, it’s a huge breakthrough. There are such ideas among our applications.”

ITMO.NEWS talked with some of the new Preaccelerator participants about their projects.

Second-year Bachelor’s student of the Neurotechnologies and Programming program, the Faculty of Software Engineering and Computer Systems

Our project is called Noise Energy – we want to create a technology that would convert urban noise into energy. We presented this project at the first Preaccelerator workshop on idea generation. It was basically a random idea that we came up with in 10 minutes. Initially, we wanted to create a powerbank that would use zinc oxide for energy generation, but now the idea is more global and we want to implement it using piezoelectrics. We have already found a specialist with expertise in this area who has written a paper about piezoelectrics and continues to research them at ITMO University.

We plan to mostly focus on B2G (business-to-government) rather than B2C (business-to-consumer). Our current aim is the metro. We have conducted an experiment: even in new metro carriages, the noise level reaches 130 decibels. Theoretically, if our technology was implemented in metro tunnels, it would produce enough energy to power the entire station. Thus, we solve the problem of alternative energy sources and offer a more environmentally-friendly technology.

A financial analyst with lots of experience in international projects is already a part of our team – she became interested in our idea after the workshop. She also deals with protection of intellectual property and project management. We also have a specialist on piezoeffects who is fascinated by this topic and a few more people who want to join us.

If we won’t be chosen at the Preaccelerator, then we will probably switch to research because we still want to develop our idea, even if only in academic form. We found lots of patents about it. Theoretically, we can understand how to improve our technology with their help. Boeing has a patent in this area – they put similar devices along their runways. In China, there are even dance clubs with piezoelectrics inserted in the floor that emit light. In Russia, a team from Saratov is also engaged in this field, but they only started last year.

First-year Master’s student of the Multimedia Technologies, Design and Usability program, the Faculty of Software Engineering and Computer Systems

My project is an app about history and culture of music. At first, we will cover the most well-known musicians and styles – such as Bach and classicism, then we’ll move on to modern music, jazz, and rock. All information will be added gradually because there is a lot of data and we need to find specialists to consult.

My target audience is mostly school students who study music. I studied it, too, and I know that it’s hard to read literature about music and remember various dates, titles, and events. I think it would be great to structurize all this information in a user-friendly kind of way. I love music and I want to help others.

I plan to make it available for a wider audience later because it’s an interesting topic. Many people want to educate themselves using sources that are easy to use. Right now I’m analyzing the target audience, interviewing people, and looking for experts and team members. I have already found a developer. Interface design is on me. We still need a marketing specialist, an analyst, and an economist – I hope to find them at the Preaccelerator. It would be great if other participants liked my project. I don’t know much about startups but I’m ready to learn – that’s why I’m here.

Second-year Master’s student of the Molecular Biology and Biotechnology program with specialization in Technological Brokerage in the field of Biotechnologies and Nanoengineering, ChemBio Cluster

Our project is called Pro Beer – it’s a functional beer with probiotics. Our product is about the balance between pleasure and health benefits. This beer tones the body up, normalizes sleep, and is overall beneficial to the human body.

This technology is brand-new in science, so no one has promoted it in business yet. We are engaged in testing this idea and trying to see if it’s worth placing on the market. My field of studies is actually metagenome probiotic research. It’s hard to implement ideas related to metagenomic analysis and create a product that would benefit our bodies. Our concept allows us to improve the gut flora with the help of a high-quality product with carefully picked ingredients that any client could digest easily.

There are two members in our team for now and we both are mostly scientists, so coaching is important for us. We joined the Preaccelerator because of its business track. If we won’t make it to the next stage, we will nevertheless continue to work on our project.

Recently we have applied for the Falling Walls Lab contest, the first round of which took place at Skoltech, and for other contests and grants, too. But our laboratory actually tries to become more independent from grants, switch to business instead, and commercialize our ideas.

We will be glad to meet people with good soft skills and expertise in biotechnology and add them to our team. The main thing is their interest.