“No matter how much we talk about the progress and the synthesis of technologies, no magic will happen until there is one irreplaceable component – a human being,” says Denis Astakhov, CEO of Avocado Toast, of the main idea behind the international scientific-practical conference “Lighting Design” in 2019. We stand on the brink of the Russian lighting industry development, where previous approaches lose their relevance. While some companies anticipate changes, and others try to solve short-term problems, there are those who look to the future and consider the possibility of creating a comfortable lighting environment in the context of digitalization. Organized by ITMO University together with the State Hermitage Museum and the ARCHCLUB social and professional project, the “Lighting Design” conference will be dedicated to this particular topic, as well as the role of humans in the lighting industry development. 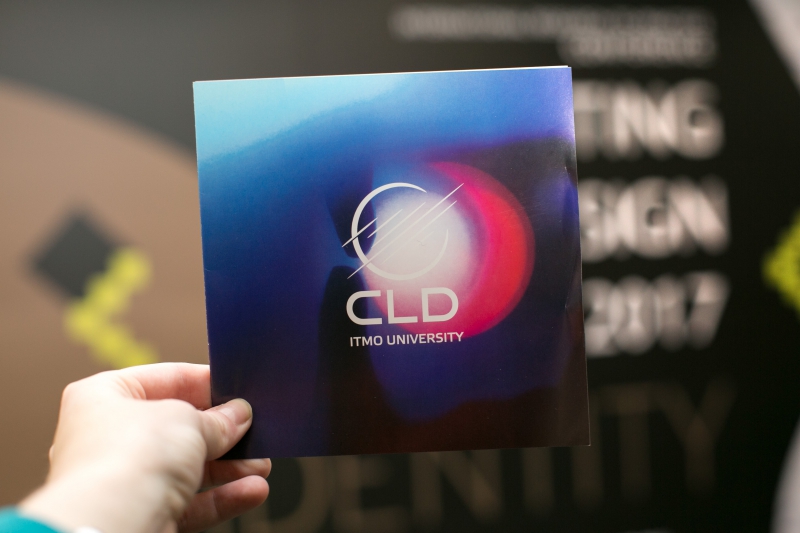 Why look at the user environment path? Today many progressive European companies, as well as the world’s leading universities and research centers, including those who develop smart lighting, are already standing on it. Among the striking examples is SenCity, an intelligent and adaptive lighting project designed as a service platform for innovative cities. In the recent past, the project was led by lighting designer Henrika Pihlajaniemi, a researcher at the Finnish University of Oulu and a founder of the M3 Architects bureau, which has won many prestigious international awards in the field of lighting design, architecture and urban studies.

Platform’s pilot projects have already been tested in six cities in Finland. The first results will be presented this year as part of the “Urban Innovations” session. It will take place at the “Lighting Design” conference at the General Staff Building of the State Hermitage Museum on November 1, 2019.

St. Petersburg officials and scientists also took a first step towards creating a smart lighting environment. In 2018, they created a platform for city decision-making and resource planning for the development of urban lighting. The project was implemented by ITMO University in collaboration with the Energy and Engineering Support Committee of St. Petersburg and state unitary enterprise “Lensvet”.

The platform helps St. Petersburg to plan its resource distribution for the lighting infrastructure and achieve necessary goals in the long term. It considers the city’s energy and engineering potential, as well as all important components of a high-quality lighting environment: safety, comfort, energy efficiency, identity, information capacity and flexible adjustments to changing environmental conditions.

The project was first shown to the international professional community of lighting designers at the end of 2018 at the PLDC international convention in Singapore. It was presented by Andrey Bondarchuk, the chairman of the Energy and Engineering Support Committee of St. Petersburg, as well as a leading Russian expert in lighting design and the head of the ITMO’s international Master’s program “Lighting Design” Natalia Bystriantseva.

In addition to the lectures of the “Urban Innovations” session, there are two main panel discussions: “Comfortable Lighting Environment in the Digital Age” and “Smart Solutions for Residential Areas”. Both are organized with the participation of specialists from various professional fields, such as urban management, lighting design, innovative lighting technology, engineering, construction, architecture and urban studies. Discussions will be held on November 1, 2019, in the Atrium of the General Staff Building of the State Hermitage Museum with the participation of Andrey Bondarchuk (Chairman of the Energy and Engineering Support Committee), Alexei Moor (Deputy Chairman of the Committee on Urban Planning and Architecture of St. Petersburg), as well as Sergey Mitelev (CEO of Lensvet).

“We receive more and more requests for smart lighting solutions. This is quite natural in the digital age”, says Yuri Karpenko, SAROS deputy director and one of the speakers of the panel discussion, “But the market has so far not formulated requirements for smart lighting systems and that creates a problem. I believe that one of the tasks of research-to-practice conferences should be developing a uniform concept for a comfortable lighting environment. On the one hand, this will satisfy the technological needs of cities, and on the other, it will create the necessary conditions for developing innovative solutions in lighting engineering, lighting design and architecture in a unified direction.”

During the conference, Yuri Karpenko will share his practical experience in implementing projects. The integration of smart supports in an urban environment will serve as an example. The practice block will also be presented by Uliana Vinogradova, a well-known Russian lighting designer and the head of IntiLED lighting design department, who will deliver a lecture on “A new level of customization in facade lighting: the Lakhta Center implementation experience.” Uliana is a guest lecturer at ITMO University and Moscow Power Engineering Institute. She has a nine-year experience of practical work in lighting design and over 100 completed projects of architectural, landscape and city lighting, many of which won prizes at Russian and international competitions.

The second session, “Interactive Environments: in Culture and Science”, will be dedicated to the development of multimedia projects at museums, exhibitions, and public spaces. Among the invited speakers of the session are Denis Astakhov, an experience director, creative multimedia producer and the founder of Avocado Toast. For ten years Denis has led creative and technical teams in international projects for major brands, including Microsoft, Oracle, Bentley, Mercedes-Benz and Samsung. Defining the essence of the communication task of the project, Denis develops and implements its solution in the format of immersive experience, filling the spaces with meaning and telling stories using technology. In 2018, he founded Avocado Toast, a creative multimedia studio, which implemented a concept of immersive communications for a variety of projects around the world.

Dutch artist, composer and researcher Edwin van der Heide will talk about human interaction with sound and space. The visit of the international expert is supported by the Consulate General of the Kingdom of the Netherlands in St. Petersburg. The artist expands the boundaries of musical composition and the language of music in the spatial, interactive and interdisciplinary directions of art. He works with light as with a spatial environment, creating installations and performances in famous public spaces, museums, concert halls, and galleries around the world including Amsterdam City Museum, Taipei Fine Arts Museum, San Francisco Museum of Modern Art, National Art Museum of China, as well as at the festivals: Ars Electronica Festival (Linz), V2_'s DEAF (Rotterdam), Transmediale (Berlin), SONAR (Barcelona), FILE Festival (Brazil), SONAMBIENTE (Berlin).

Aleksander Väljamäe, a representative of the international Art & Science community, as well as a PhD and associate professor of the School of Digital Technologies of Tallinn University, will present the world of neurotheater and neurocinema. Alexander is researching the impact of audiovisual media on a person’s perception, their cognitive and emotional state, with particular emphasis on human well-being and new applications (BCI, neurotheater and neurocinema). In 2009, Multimodal Brain Orchestra was held in Prague (Czech Republic) under his technical supervision.

In 2017, Yury Didevic (a famous Russian media artist) and Alexander together participated in the production of the performance called “Demultiplexia”. Alexander also assumed the role of a producer and co-director at the Bozar Electronic Arts Festival in Brussels, BEAF 2017 (Belgium). Among the recently completed projects is the “DataWe” neurocinema for the European Resonances III festival in 2019. In collaboration with Alexander, the conference hosts and representatives of the “Lighting Design” program of ITMO University are implementing a joint grant for the Erasmus + mobility program. They are also interested in the influence of modern audiovisual media and light design on the psychophysiology of human perception.

Special attention will be paid to the topic of digitalization of museum spaces. The spirit of the State Hermitage Museum, as well as ITMO University’s course on implementing interactive projects in museums and visualizing big cultural data create a great atmosphere for the event. Representatives of the university will talk about this course during the “Preserving the identity of museums during the transformation of expositions in the digital age: “Innovative Methods vs Traditions” panel discussion moderated by Professor Sergei Stafeev. The topic will also be discussed at the “Big Data and Museums: Ways of Interaction in the Open Information Space of the City” round table moderated by Associate Professor Maxim Khlopotov.

Mikhail Piotrovsky (Director of the State Hermitage Museum) will give a speech at the opening of the conference and the panel discussion. Heads of cultural centers, museum complexes, exhibition spaces of Moscow and St. Petersburg, as well as representatives of the State Hermitage Museum, the Administration of St. Petersburg, Russian and foreign academic communities are invited to participate in the events. For example, Amrita Bhattacharjee, PhD, a researcher at the Design Department of the Indian Institute of Technology will talk about the method of studying the influence of light on the attention of visitors of museum spaces using eye-tracking technology.

There will also be a workshop “Light and an art object. Viewer acquaintance with objects of art.” 'Ksenia Lanikina, a lighting designer from Moscow, founder of the lighting design studio YARKO-YARKO, and Artem Yavtushenko, director of the St. Petersburg company Aledo, will participate in the workshop. The first part of the workshop will be devoted to the influence of light on the image and perception of the exhibit. In the second part, each participant will be able to experiment with the lighting equipment and reproductions of Jackson Pollock.

The second day of the conference, November 2, will take place in the cultural space of ARCHCLUB in the territory of Sevkable Port under the motto “Professional Transformation”. The program includes a round table with leading designers, culture experts and representatives of progressive design schools, an open meeting with RULD lighting designers and a presentation of an innovative international project LIGHT4HEALTH. The participants’ lists include ITMO University (Russia), Thomas Jefferson University (the US), University of Wolverhampton (the UK), and three leading European schools in the field of light design: Aalborg University (Denmark), Hochschule Wismar (Germany), and KTH Royal Institute (Sweden).

The project presents an aggregation of the best tools for working with light in terms of safety, comfort and human well-being. It is created for lighting designers, architects, interior designers, students, teachers and researchers. At the presentation, participants will learn about the results of the first summer school of an international project in the UK, as well as existing approaches and principles for working with equipment and the environment, taking into account the influence of light on human health and well-being.

At the end of the conference, a large professional event, Light Slam, will be held with the participation of the leaders and founders of a dozen design companies and lighting design studios. Experts will talk about the problems they faced when implementing lighting solutions. Among the speakers of the event will be Uliana Vinogradova (IntiLED), Julia Zharkova (“Culture of the Light”), Ksenia Lanikina (YARKO-YARKO), Sergey Rylov (“Saros”), Dmitry Burov (&light), Ivan Vasilev (“SvetoDesignProekt”), Oleg Popov (Svetoproekt, MSC BL Group), Denis Makarov (Pivot Point), and Dmitry Nesmeyanov (L1 Group). The event will be moderated by Ivan Fedyanin, a lighting designer and managing partner of L1 Group. The final chord will be a closing evening reception honoring with light-dynamic accompaniment.