Welcome to the jubilee installment of our science news digest! Let us blow out the candles and dig into the cake of knowledge: we’ll start with layers of research breakthroughs, move on to generous dollops of educational opportunities, and savor the toppings of other cool news from ITMO’s scientific world. 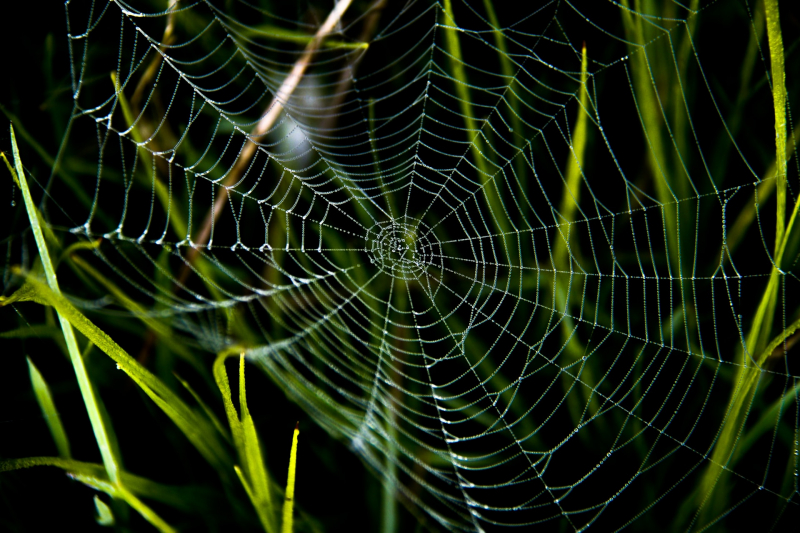 One of the most important stages of surgery is actually the recovery period, during which a notable number of patients may suffer infection-related complications. A research team from ITMO’s SCAMT Institute has combined spider silk and fluorescent carbon dots to produce an innovative suture material to detect infection sites and ensure a quick medical response.

The FLAMN that never goes out

In late June, the international symposium Fundamentals of Laser Micro- and Nanotechnologies (FLAMN) concluded at ITMO. The event allowed top experts in science, medicine, industry, and even art to discuss the future of laser micro- and nanotechnologies and present cutting-edge research results.

A recent paper in Nature Communications by researchers from ITMO and their international colleagues suggests an ingenious solution to a crucial issue from the world of tiny electronics. The fickleness of dark excitons when it comes to their function in low temperatures has long been a thorn in scientists’ side. The research team’s proposal – a resonator-based system that utilizes 2D materials made with dichalcogenides of transition metals – seems to eliminate that issue. This tech would potentially provide an efficient photon source for use in quantum communications, as well as contribute to the development of magnetic RAM.

ITMO University’s international research center “Biotechnologies of the Third Millennium” has wrapped up its first Research Summer Camp in Biotechnology. The free online course’s curriculum covered the subjects of health and quality of life, the extraction, production, and study of biologically active substances, and functional foods. Participants tuned in from all over the world, including from countries such as China, India, Egypt, and Turkey. Following positive feedback from the students, the camp’s organizers are already planning an offline version of the program, as well as a winter school on biotechnologies and ecology.

The university’s Faculty of Physics has announced the launch of Wireless Technologies, a Bachelor’s program focused on radiophysics and high tech taught in Russian (go here to find out more about studying Russian at ITMO). The curriculum will include an emphasis on wireless systems, 5G tech, and wireless power transfer. While applied research will be at the forefront for most students, others will be able to opt for the program’s entrepreneurial track.

“We are looking for students who want to learn to detect dark matter with wireless technologies, create state-of-the-art 5G systems and the Internet of Things, improve satellite communications, develop RFID devices, or improve the efficiency of early-stage cancer diagnostics with MRI,” commented Dmitry Zhirikhin, a curator of the program.

After graduating with a Bachelor’s in soil science, Asya Kaplan made a radical career change by enrolling in ITMO’s Art & Science program. Now a graduate and herself a curator of several successful exhibitions of science art, she spoke to ITMO.NEWS to share some insights into this novel artform.