On December 10, projects submitted as part of the ITMO.FUTURE contest were presented at a final defense. A total of 22 projects made it to the final stage; their creators will receive monetary prizes for their contribution to the university’s development. 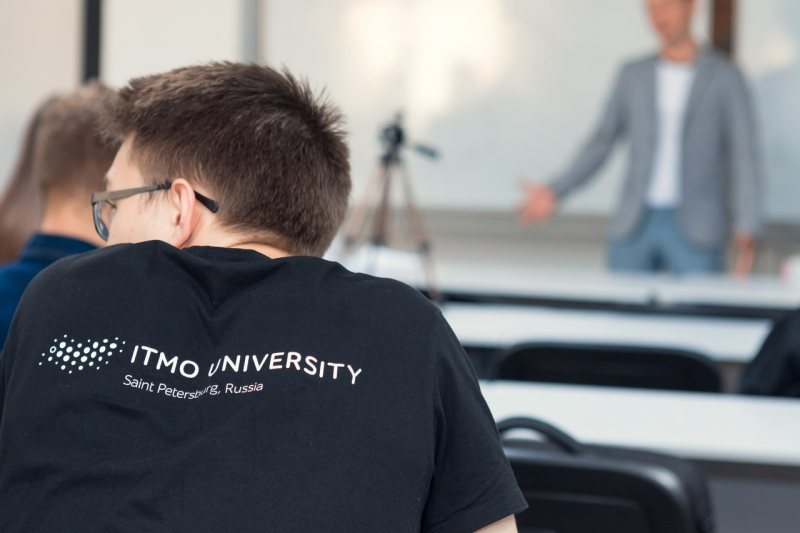 ITMO.FUTURE was conceived as a way of boosting student-led initiatives at the university. Over the course of the summer, all students were free to submit an idea, pass an expert selection, and then present their project to a public vote.

The contest team received almost 100 applications; as a result of expert selection and voting, which involved 5,800 participants, only 24 made it to the final stage. The contest’s website was also used to recruit students who would bring these projects to life. While the ideas could be submitted by anyone, only Bachelor’s and Master’s students were allowed to implement them.

All of the participants were offered assistance from mentors and curators picked by the contest team based on each project’s subject and the competencies needed to carry it out. 22 teams made it to the finals. Most of their projects are already complete, and some have already even become part of the university’s infrastructure.

“The main challenges we faced were limited deadlines. The idea itself was conceived in May; we launched the contest in late June and the projects were to be completed by November 30. Because of that, there wasn’t that much time to collect the initiatives, recruit students, and complete the projects. While working on their projects, as well as while defending them, both the students and the mentors often discovered new ideas, which is why some of the projects will receive minor adjustments later on. Of all the initiatives that were approved, only two didn’t make it to the end. We can say with confidence that the project has been an overall success,” says Evgeny Raskin, head of ITMO University’s Department of Youth Policy.

After successfully defending and showcasing their projects, all participants will receive monetary prizes. Giving students a chance to earn money and expand their portfolio was one of the competition’s key goals.

Most of the projects are in one way or another related to IT and improving the quality of ITMO’s information services; that, too, was one of the organizing team’s key goals.

For example, among the projects to have made it into the finals are those dealing with: improving the quality of communication between students and lecturers and the checking of lab assignments; a new approach to operating the university’s digital archive; and an app to help navigate within ITMO’s many buildings. A number of projects have already been implemented as features in the ITMO.Students app (App Store, Google Play) – that includes the ability to order food at the cafeteria, provide mutual assistance to students, and evaluate the quality of teaching.

Several projects concern organizational and methodological approaches to working with students: two initiatives (by Anna Gargalyk and Mary Shick Alshabab) consist of series of video lectures intended to help international students adapt to life in Russia and at ITMO; another lecture series (in Russian) deals with writing a thesis.

“The two public amenities initiatives for the buildings on Kronverksky 49 and Lomonosova 9 were quite interesting; there is also DoJob, a special space where students would be able to work on their scientific and technological projects. Overall, every submission has turned out to be important and unique. We believe that this competition will truly help students show initiative and take part in the university's development. We channeled that intention in the name ITMO.FUTURE, as we truly believe that it’ll have an impact on the university’s future,” adds Evgeny Raskin.

The competition is already said to continue next year: ITMO.FUTURE 2.0 will take into account all of its predecessor’s shortcomings. In the future, its new online platform, developed by one of this year’s participants, will be used to conduct other contests, such as the ITMO.Student grant competition.

We spoke to some of ITMO.FUTURE’s finalists about their ideas, the challenges they faced, and their impressions of the competition.

Project: redesign of the outdoor area at the Lomonosova 9 campus

I decided to take part in ITMO.FUTURE because there are many competitions at ITMO, but most are related to IT. This was a bit of a gamble for me: to propose an idea rooted in construction rather than technology or computer science. I wanted to try and see whether people would like it. Even though I myself didn’t believe that my idea was in any way innovative.

The idea of improving the outdoor area came to me when I first visited this part of the university. Why was it so bland and featureless? It didn’t feel like something with a student spirit. This thought didn’t leave me, so when I heard about the launch of ITMO.FUTURE, I knew exactly what idea to propose.

We can go on forever about establishing interdisciplinary communication or the benefit of having classes outdoors. That’s important, of course, but students also simply need somewhere to chat after class and relax – and my project could provide that. Besides, well-designed outdoor areas help students feel like the university cares about them even outside its walls.

To me, the main challenge was not having a client who could give me a detailed job description. I had to do it on my own and make decisions based on my own taste. My curator helped me by answering my questions and getting me in touch with university staff who launched a survey on ITMO’s official pages on social media. The results of that survey became the foundation of this project.

There is no doubt that the premises in question will be receiving a rehaul. My curator tells me that it’s going to happen within the next couple of years. Will they be taking my project into account? I hope they will.

In truth, I don’t believe that my idea is unique or innovative; I conceived it as a solution to all those issues that most students, and probably lecturers, as well, face in their studies.

The main challenge was to design the system in a way that would make it appealing not only to students, whose issues I’m familiar with, but to university staff, too. A lot of time was spent on fine-tuning details, enabling integration with ISU, and developing a working solution. In my opinion, a system such as this would be very helpful: it can be used to set up a large part of the learning process in a way that would free up a lot of time for both students and lecturers.

One of my project’s key advantages is that it was conceived here at the university, which means we can always fine-tune its features based on user feedback. Right now, the system (namely, the UI for lecturers) is in active testing. I hope to collect feedback from future users and make certain changes to the final version. By the way, you’re free to poke around the system here: teacher.stams.rybkin.me. I’m very hopeful that I’ll have the opportunity to keep developing this initiative further. I’d like it to remain in demand.

As for the competition, it is definitely great that we now have something like this. For me, participating in ITMO.FUTURE was a very beneficial experience that gave me motivation and opportunity to solve a number of issues that I personally run into every day. I also acquired valuable experience of working with grant programs and the university’s internal systems – I’m sure it’ll come in handy later.

The idea itself isn’t mine – I joined the project to help implement it. I believe it is one of the most challenging ones. There are two reasons for that: firstly, there are no articles or information online about implementing such systems for navigation inside buildings; secondly, it was necessary to do a lot of mapping work and filling out the map: to find plans for every floor, check every corner, and mark every passage, stairwell, and entrance. Then, we needed to create a 2D map, convert it into a 3D model, and only then finally add various locations onto it.

The app is currently in beta testing of sorts (App Store, Google Play). In the future, I plan to add other buildings, and add more information about key locations, such as first aid offices. I would also like to make the app display lecturers’ schedules for each classroom. To that end, I’m currently working on a more thorough integration with ISU.

David Artemyev, first-year Master’s student at the Faculty of Energy and Ecotechnology

Project: a waste sorting infrastructure on university premises as part of a green university concept

I’ve harbored the idea of introducing waste sorting at ITMO University for a while now. I’ve always been concerned with environmental issues, so when I heard news of the contest’s launch, I decided to submit an application right away.

To my surprise, during the voting stage my initiative ranked second in popularity among a total of 97. To me, that was a sign that the university is interested in going green.

Later on, when developing the work statement for the project, the contest team suggested I expand it and add a green university concept with various stages of implementation, as well as a work statement that would deal with disposal of hazard class four and five waste.

Overall, the project was implemented well with only a few minor obstacles. For instance, when my team and I began to collect information about the university’s business processes, we were met with refusal to disclose certain data, including a few cafeterias not providing us information on the volume of waste they produce. We also weren’t able to acquire precise data about utilities costs and rates, which later resulted in issues when planning an initiative centered on the reduction of energy and resource waste.

I am completely satisfied with the project’s results and its defense. I found ITMO.FUTURE to be an opportunity to implement my ideas at my own university and contribute to its development with support and funding from the administration. Initiatives such as this are helpful because they let students and staff make the university better.