I Am a Professional Competition for Students: ITMO in Top Ten Universities by the Number of Winners

Last week, results were announced of the latest, third run of the national competition for students “I Am a Professional”. ITMO retained its position in the ranking of the universities with the highest number of winners: 94 of its students made it to the finals this year, with 10 winning bronze, six – silver, and four – gold medals. Most of the winners emerged in the nominations traditional to ITMO: Robotics, Programming and Software Engineering, Information and Cyber Security. More on the competition’s results – in this article by ITMO.NEWS. 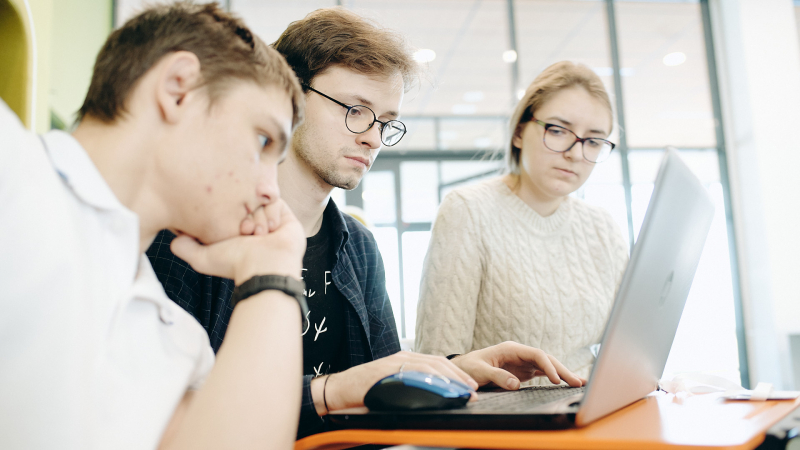 I Am a Professional is a competition for senior-year Bachelor’s students and Master’s students, aimed at testing not so much theoretical knowledge as applied professional competencies. Among the competition’s organizers are 26 Russian leading universities and over 300 Russian companies including Sberbank, VTB Bank, Yandex, ТМK, Rosatom, Russian Agricultural Bank, and the Russian Union of Industrialists and Entrepreneurs.

The participants had to solve real-life cases – about 30% of tasks in the final round were developed in collaboration with partner companies. This has become one of the key features of the competition’s third installment.

Students could take part in one or several of the total 68 areas, ranging from humanities to technology, natural sciences and medicine. As last year, ITMO University coordinated five tracks: Big Data, Information and Cyber Security, Robotics, Photonics, and Programming and IT. Together with the competition’s general partner Sberbank, ITMO also organized the It’s Your Call! winter school for all participants who passed the qualifying round and solved all the tasks.

“The competition is not only a way to test your knowledge, but also an opportunity to meet new people both after the onsite rounds and at winter schools. This year, I was especially interested in employment opportunities, and the competition really helps in that: having an “I Am a Professional” diploma provides a significant boost to your resume, and the winter schools introduce you to potential employers,” says Igor Lavrov, sixth-year Specialist’s program student at the National Research Nuclear University MEPhI, Moscow, who won a bronze medal.

“The winter school was just superb! From presentations and team projects to extracurricular activities (a tour of the Erarta museum, going to the movies, ice-skating). I especially enjoyed the fact that the program included a visit to venues relevant for specific specializations, where there were great workshops. At the robotics classes, we had a walk-through of one variant of the competition’s onsite round in robotics, which was recorded (meaning that you can find it online if you need to). My general impression: 10 out of 10, I met a huge number of people who are really enthusiastic about what they do and interested in professional growth,” shares Yunir Salimzyanov, fourth-year Bachelor’s student at ITMO University.

All in all, 675,000 applications were submitted this year, which is 30% more than last year’s 523,000 applications. The final, onsite round was held on January 25 – March 6, 2020, with 12,440 students participating. A total of 3,758 emerged as winners and prize winners – all of them will be granted preferential access to Master’s, PhD and medical residency programs of leading Russian universities, as well as opportunities to undertake internships in the field of their specialization at major companies. Money prizes worth 100 to 300 thousand rubles will be awarded to 142 gold, 184 silver and 262 bronze medalists.

A total of 5,171 ITMO students applied to take part in the competition, most of them in the tracks Programming and IT, Mathematics, Software Engineering, Big Data, and Artificial Intelligence. Of them, 1,234 passed the qualifying round, and 315 made it to the finals.

The resulting 94 finalists were distributed as follows. The majority of winners are in Programming and IT and Software Engineering – 15 per each track. A total of 14 ITMO students won in the specialization Internet of Things and Cyberphysical Systems, 13 – in the track Information and Cyber Security. Eight participants won in Robotics, with five of them receiving the highest awards: one gold, one silver and three bronze medals. In second place by the number of medals is the Faculty of Software Engineering and Computer Systems, with one gold, one silver, and two bronze medals.