You may have read our article on culture shock, but if you are a resident of Heilongjiang province in China, Russian culture will hardly be a shock for you. Meet Huiyao Dong, a first-year PhD student who shares with us the many similarities that she notices between Russia and her hometown. She also goes in-depth about her decision to return to academia and her project plans. Read on to catch a glimpse of Huiyao’s new life in St. Pete. 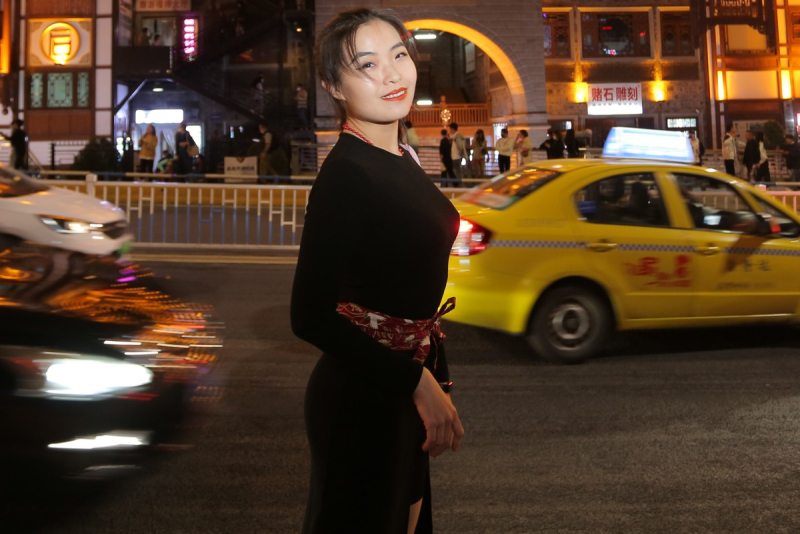 Hi, thanks for joining us today.

Thanks for the invitation. The pleasure is all mine.

Please introduce yourself to our readers.

I am Huiyao from Heilongjiang province in China. I came to ITMO to work on my PhD. I have been to some interesting places earlier for my studies. For instance, I have been to the USA to pursue my Master’s in Information Technology. After that, I have been a researcher for a long time. While working on those research projects, I realized that I still have the capability to study further, hence this decision to pursue a PhD and go deeper into research.

Tell us something about your hometown.

An interesting fact about my hometown is that it shares a common border with Russia. The river Amur, which is also the world’s tenth largest, runs through both countries.  Therefore, as you might expect, my hometown has many similarities with Russia in terms of culture – but I will speak about them later in our interview.

Why did you select Russia as your study destination?

Russia is known for its research and development in the field of mathematics and computer science. Also, Russia’s connection with my hometown influenced my decision to some extent. I thought it might be a good opportunity to explore my neighboring country.

I was browsing the internet when I happened to come across the Open Doors Scholarship. It is a great opportunity for international students to study in Russia on a full scholarship. In the third round, I had to do an interview with my potential supervisor. I did a lot of research about him and I read his publications. And when I was convinced that his interests aligned with my aspirations, I decided to study at ITMO.

What is your PhD topic?

One of my roles was as a risk analyst. My job was to develop predictive modeling tools to assist clients with consumer loans. The name of the company is Home Credit. It is also very popular in Russia and, in fact, it was there that I first encountered the name ITMO. We were working on a project when I came across a beautiful piece of code written in Python. Upon inquiry, I was told that it was written by a Russian colleague who graduated from ITMO.

My other job was at SAS Institute. It is a major statistical software company. There, my task was focused on personalized software development in Python and C++.

Were you motivated by your jobs to study further?

Yes, indeed! While working on these projects, I realized that I had the ability and also the need to study further and become more skilled.

What are your research interests?

It is quite an interesting question. My work so far was focused either on semiconductors or on medical research. However, since I have some knowledge of information technology, I do understand the risk of cyberattacks. My first goal would be to develop a novel model, maybe a self-supervised one, that can prevent such intrusions. If that goes well, then maybe I will try to build a framework around it.

Have you started your classes or coursework yet?

Yes, I am already studying the history of science and literature in Russia. Also, since I am an international student, I have to study Russian as a foreign language. I have also started working on the literature review for my thesis.

What differences do you notice in the education system of Russia compared to that of the USA and China?

In China, I felt education was somewhat different. The teacher in China tries to provide you with everything that you need to learn a topic. So, the students end up memorizing it all for the exam and forgetting it after they take it. It is different in the USA and Russia. The teachers here tend to give you an outline of the concept or teach you the theory, leaving the practice up to the students. This helps the students to use their brains and learn the topic in-depth instead of simply mugging it up.

I think it is a good time to talk about your hometown and its similarities to Russia.

My hometown, just like Russia, is very cold. The temperature usually plummets to -30 degrees Celsius in the winter. It is well known for its ice sculptures and lights. Since my childhood, I have seen Russian tourists visiting our area during winter because they feel warmer here.

Also, my Russian friends told me that they like to go to picnics and collect mushrooms and berries. This practice is very similar to what I have seen in my hometown. Another thing that is common between us is that we never shy away from eating ice cream in the winter. Interestingly, we don't catch a cold, ever! Street markets are also very popular in my hometown. You can find everything from frozen fish and meat to ice cream being sold on the streets and they don’t melt or spoil because of the cold outside.

What is your opinion on Russian food?

It is quite different. Russian food is very heavy. They have lots of cream and cheese. Chinese people don’t like cheese much. However, I do fancy some Russian dishes, especially their soups. My favorite Russian soups are borscht and the one made with mushrooms.

How has your life in St. Petersburg been so far?

People here look very serious but they are actually quite friendly. I have elementary knowledge of Russian, yet so many people have offered me help. For instance, when I was at the hospital for a medical check-up, the locals assisted me a lot using Yandex Translate. Also, they had lots of patience for me, which is worthy of appreciation.

How do you spend your weekends?

Fall is my favorite season and St. Petersburg looks absolutely stunning during this time. I followed a post on ITMO’s Telegram channel that mentioned the best places to experience fall in St. Petersburg. I visited each one of them! I really appreciate the recommendations of ITMO’s social media team.

I love combat sports. When I was in China, I used to study Thai boxing. Unfortunately, I have been out of practice for some time now. Given the chance, I would really like to resume training once again.

Do you know that ITMO’s KronBars has a martial arts club?

Oh, I was unaware of that. That’s great news! Thanks, I will surely look it up.

Christmas and New Year are fast approaching. What are your holiday plans?

I would love to explore the city, of course. I have heard that there are many Christmas trees placed all around the city. Would surely check them out. Also, I would like to visit some of the winter markets. And dare I forget the decorations! As you can tell, I am excited for it all.