A specialist in business English, John Kuti is spearheading the virtual learning initiatives at ITMO University's Foreign Language Training Center. He talked to us about his experience in Russia, tips for learning languages and philosophical approach to life. 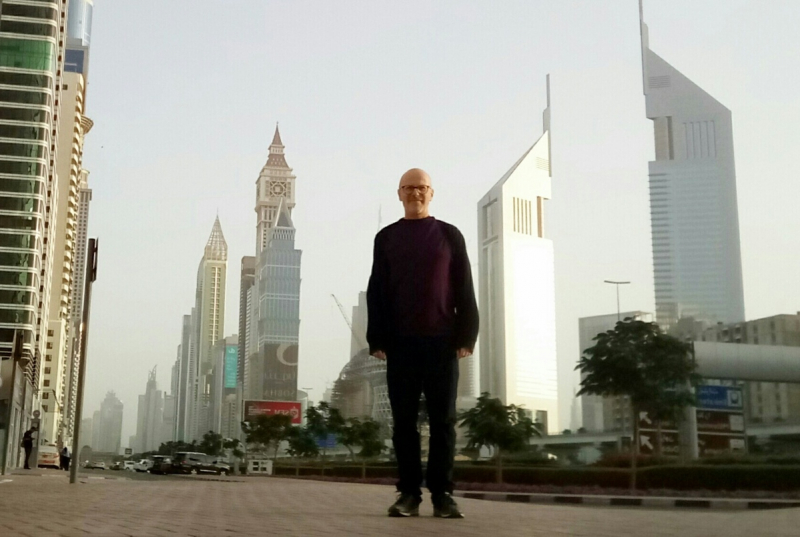 Originally from England, John studied at the Department of Law at Brunel University in London and in 1992 moved to Spain to work for an industrial equipment exporter. While mastering his Spanish, he discovered his passion for languages. “The process of adapting and mastering the language seemed so interesting to me that I decided to get a teacher’s certificate and repeat all this experience in another country,” he said. He’s been working in Russia specializing in business English since 1997.

Why did you choose ITMO to work with?

After some time working as a freelancer, I started to feel like it would be nice to have colleagues and be part of a team. I think it's good to change your activity periodically - maybe about every five years. There's an especially good atmosphere in our Foreign Language Training Center, which is sometimes like a big family.

What are you doing right now in ITMO? Do you have any project going?

I'm an English teacher. But I'm also working on the Foreign Language Training Center’s virtual learning environment. I'm interested in the way "digital literacy" can develop among the users. The website runs on the open source software Moodle (a free and open-source learning management system) and I try to administer the project in the same "open source" way. In the future, I would like to develop cooperation with student programmers and designers if they have ideas for improving the site.

You’ve had a quite an interesting experience regarding languages and living abroad. Could you share what was going through your mind as you decided to come to Russia? Did you have some fears or dreams?

I decided to come to Russia by a quite rational process after finishing the initial teacher training in London in 1997. The main criteria were: first, a place with good prospects for new English teachers and second, to find a place where I was interested in learning the language. Starting a new career is a moment of fears and dreams, but they were not connected with the place, rather it was about learning to do the work of a teacher. Before that, I was working in a small office buying industrial supplies.

Many people travel a lot and somehow never feel they belong to a place. They feel like an “outsider.” Have you ever felt that way in Spain or Russia?

This is a question about alienation or de-territorialization. I would say that this doesn't depend on traveling. This is a feature of our common urban-industrial civilization, which now covers most of the planet.

What role do you think technology is taking part in pedagogy?

Is there a big challenge this brings right now?

The loss of social and cultural capital, alienation and de-territorialization.

From your experience what would be the best way to learn a language?

If you could travel back in time and tell a bit of advice to yourself 20 years ago, what would you say?

I'm old enough that 20 years ago I was already quite formed as a person and not so different from now. I would just say: worry less - everything turns out better than you could plan it!