Maxim Gorlach and Valentin Milichko, staff members of the Faculty of Physics and Engineering, have been recognized by Academia Europaea for their achievements in physics and chemistry. 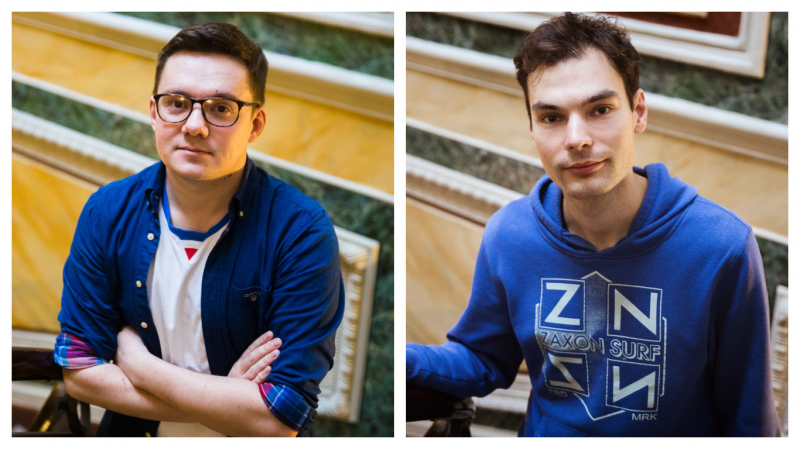 Academia Europaea, which has counted 76 Nobel Prize laureates as its members, is sometimes described as the “European Nobel Laureates’ Club.” This organization unites leading scientists from Europe and Russia. The Academy’s prizes are awarded once every several years for remarkable achievements in one of the six fields of study: physics, chemistry, Earth sciences, biology, medicine, and the humanities. The nominees are selected by the Russian branch of the Academy and reviewed by the European committee.

This year, two employees of ITMO University’s Faculty of Physics and Engineering were among the winners. Maxim Gorlach received an award for his studies of the topological states of light and Valentin Milichko – for research into the interaction between light and materials with complex inner structure.

According to Maxim Gorlach, the prize is awarded not for any specific publications or results, but a series of studies. His application was submitted in 2019; it included a paper on the extraction of topological invariants from the scattered far-field, which was published in Nature Communications, as well as an article on the optical realization of quadrupolar topological insulators created in collaboration with American colleagues, which was published in Nature Photonics.

Valentin Milichko notes that such an award is an important sign of recognition from the European scientific community.

“Firstly, it’s a pleasure to receive such a recognition of your services. For any scientist, it’s important to understand that your work really matters and is highly appreciated by the scientific community. Secondly, it makes your scientific field and your university a bit more popular: such prizes attract the attention of both colleagues and young students from the European Union. Only 15 people from all over the EU and Russia are usually chosen as winners. It’s a tough competition, so it’s quite prestigious to receive this award,” he says.

Maxim Gorlach adds that the fact that two scientists from ITMO University are among the winners is proof of the university’s competitive ability – young scientists conduct cutting-edge research here.

Valentin Milichko has also received a Scopus Award Russia 2018 as the most-cited young Russian scientist and an award of the Russian Academy of Sciences. His research interests include the creation and study of hybrid materials’ properties in optics. In particular, one of the relevant tasks is the development of metallic-organic carcasses and complex nanoparticles for light control, as well as for the creation of optical transistors and memory elements.