Metal-organiс frameworks (MOFs) are a new class of compounds that is famous for its unique properties. They have been considered a functional material for gas adsorption, industrial membranes, and catalysts; however, researchers from ITMO have gone further and decided to zone in on MOFs’ optical properties. In a recent paper, they demonstrated that thanks to MOFs’ flexibility, these properties can be changed when subjected to lasers. This new effect can pave the way for all-optical data encoding, transfer, and storage. 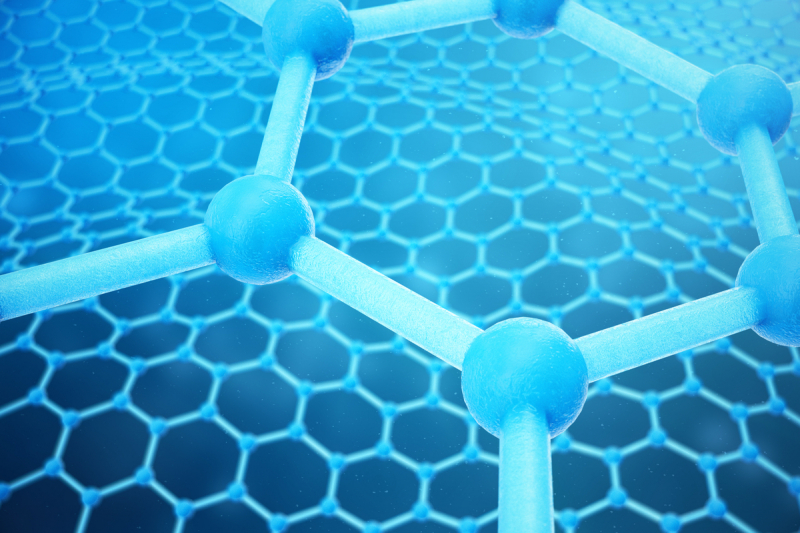 What are metal-organic frameworks

Imagine a metal’s crystalline lattice as a cube, with the metal’s atoms in the corners and the cube’s faces symbolizing the links between them. Now, imagine that instead of links, there are long organic molecules. These carbon chains are longer and more flexible than rigid metal frameworks, which is why there are voids in the material’s primary cells. These voids account for its porosity, flexibility, and high absorption capacity.

Metal-organic frameworks (MOFs) are chemically synthesized crystals that are widely used because they can temporarily change their properties when subjected to pressure or temperature. Thanks to this effect, some of their properties can be controlled, making MOFs reusable and thus profitable.

These frameworks make for particularly interesting compounds for photon-based all-optical data processing devices, which are faster and more energy-efficient than the digital computational elements in use today.

Despite the ongoing efforts to conduct data recording and storage using MOFs, so far it is still a long and energy-consuming process. As a further step in this direction, researchers from ITMO’s School of Physics and Engineering and the Nikolaev Institute of Inorganic Chemistry of the Siberian Branch of the RAS have demonstrated that in a special MOF structure, optical properties can be controllably and temporarily changed when subjected to photo-induced (laser) heating.

When the laser interacts with the MOF, it transfers energy to the material, making its crystalline lattice actively oscillate. This causes an increase in the crystal’s volume and an imperceptible change in the material’s transparency. This effect is independent of the wavelength, and once the laser is deactivated, the crystals return to their initial state, making it possible to repeat the process thousands of times.

“If you’ve ever used a CD, you know that a pit is burned into it when you record information. A similar principle is at work here: bit by bit, we “burn” the information into the material, but we use an optical method instead of a mechanical one. Another important difference is that our material is more eco-friendly and consists of easily available ingredients,” says Nikita Kulachenkov, the article’s first author and a junior researcher at ITMO’s School of Physics and Engineering.

In the experiments, the transition time in the copper ion-based one- and two-dimensional crystals was down to milliseconds, while the number of reversible transitions in working conditions reached over 10^3 cycles. This is a great advance for MOF-based devices, even considering the fact that the information transfer limit in existing devices measures nanoseconds.

“We have demonstrated a fundamental effect that we can view as a logical key of sorts. There are two states that the MOF switches between: the initial one and the laser-induced metastable one, or zero and one. This effect can potentially be used in telecommunication devices. For instance, we can take optic fiber and add our crystal on top. There is a beam of light that passes the crystal and lands on a photoelectric receiver. We will add another beam aimed at the crystal from a different angle and now, thanks to photo-induced heating, we can change the MOF’s optical properties and thus affect the information in the receiver,” explains Nikita Kulachenkov.

This work is not the first time that ITMO’s scientists ventured into MOF research. Two years ago they demonstrated the first chemically synthesized optical switch, and last year they showed that extremely large amounts of data can be recorded on nanoscale plates. And more is to come.

“Flexible MOFs are highly promising for processing optical information covertly, which is one of the novel fields in physical chemistry. At our lab, we are planning to design such flexible frameworks with improved features and assemble functional optical devices,” concludes Valentin Milichko, a co-author of the article and a senior researcher at the School of Physics and Engineering.