ITMO University in 2020: A Year in Review

This year was a year like no other. We started it ready to celebrate ITMO’s 120th anniversary, but before we knew it, our entire digital infrastructure was put to the test. Though it was not an experience anyone could be prepared for, our staff and students handled it like champs. Truly, it was a jubilee year to remember. So, let’s look back at some of 2020’s top news and what we’ve achieved here at ITMO University! 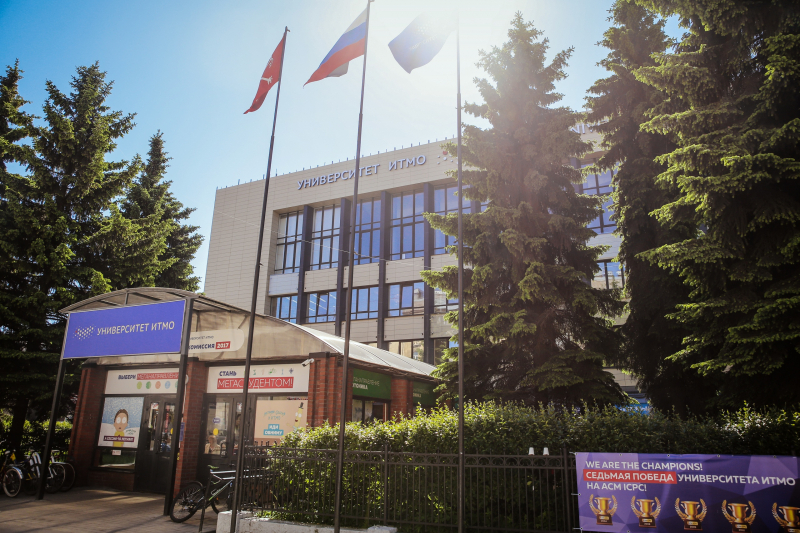 For the first time in its history, ITMO University has received three mega grants at once from the Ministry of Education and Science. Each project will receive 90 million rubles for three years of research. Meanwhile, ITMO’s sports club, KronBars, was named the Best Russian Sports Club in a competition by the Association of Student Sports Clubs of Russia, receiving particular praise for its efforts to help students stay active during lockdown. It’s not a normal year if our PhD student and programming superhero Gennady Korotkevich isn’t winning prizes. This year, he took first place at Topcoder Open, VK Cup, and Google Code Jam.

In other news, Sergey Makarov, the head of ITMO University’s Laboratory of Hybrid Nanophotonics and Optoelectronics and senior research associate at the Faculty of Physics and Engineering, became a laureate of the President of Russia Award for Young Scientists in the Field of Science and Innovation. Alexander Boukhanovsky, the dean of the School of Translational Information Technologies was named Dean of the Year at the Professor Forum.

This year, our scientists have been conducting cutting-edge research together with their colleagues from around the world. Science never stops! They have been: radiolabeling calcium carbonate particles, developing a new laser method for cataract surgery, growing optical chips in a petri dish, and using terahertz holography to diagnose diabetes early on.

Scientists Propose Nanoparticles That Can Potentially Be Used to Treat Cancer

This year, our teaching staff needed more support than ever – so the Faculty Support Office’s arrival was more than timely. All academic staff can now drop by for a consultation and get help with preparing their classes. The new office has already introduced several courses on various topics such as active learning, soft skills for teachers, teaching skills, gamified learning. and various workshops on using digital tools.

The FSO has also launched the ITMO Mentors program, which gives Master’s and PhD students an opportunity to learn the basics of teaching and work as teaching assistants. Meanwhile, it’s already been more than a year since the Student Services Office, a one-stop shop for all ITMO students, opened its doors; this year, we launched the English-language version of its website, where you can find plenty of important info on all things ITMO.

Launched this year, the new Award for Achievement in Education is designed to highlight the best of ITMO’s teaching staff. Performance, subject knowledge, and other criteria are analyzed via a 360-degree feedback system in the EduStars track. The other, EduLeaders acknowledges educators who have made an innovative contribution to digitalization, interactive teaching practices, or online learning. Winning faculty members in each of the categories will receive a 250,000 ruble reward, while winning mentors will receive internship and professional development offers at leading universities in Russia and abroad.

2020 showed that ITMO University is yet again making strides in international university rankings, especially when it comes to subject rankings. Times Higher Education placed ITMO in five different subject rankings – up from three in the previous year. Overall, ITMO was ranked 8th amongst the almost 50 Russian universities represented in the complete rankings, and 35th amongst universities in emerging economies.

ITMO also appeared in seven different QS subject rankings, up from six last year, with our pride as the top Russian university in the Electrical & Electronic Engineering subject ranking for the second year in a row. Moving into the top 400 universities in QS was also a staggering growth for us. ITMO featured in seven subject rankings in ShanghaiRanking’s Global Ranking of Academic Subjects, up from four last year, and better yet, topped all Russian universities in five of these subjects, making it in the top-100 in Automation & Control.

In March 2020, the first phase of ITMO Highpark, the university’s new high-tech campus in the south of St. Petersburg, successfully passed public hearings, and was unveiled to the city administration in May. In August, the members of ITMO’s Academic Council met at ITMO Highpark’s future site for a press conference and to discuss the university’s development strategy for the next decade.

This year we launched ITMO.Future, an opportunity for all staff and students to fund their own projects as part of the university’s digital transformation. We received 100 applications and 25 initiatives were chosen through university-wide voting and expert evaluation. Initiatives were then matched with specialists from the university community who could put the ideas into reality. Last week, the teams presented the results of their very impressive projects, among which are: recycling initiatives for a green university, redesigns of the university’s outdoor spaces, a communication tool for teachers and students, and videos for international students about life in Russia and at ITMO.

Our faculty have been participating in international professional development courses across the world. The first program, in January, had 15 faculty members head to Boston, MA for a special training in English Medium Instruction. Since then, our faculty members have taken part in a series of different online courses specially designed for ITMO. These courses, which were offered by universities in the UK, the US, Switzerland, and Australia, focused on helping the faculty to reorganize their courses and develop their teaching skills.

Our international students at ITMO have been keeping well this year, and we at ITMO.NEWS have been keeping you updated about their lives and experiences. Check out our interview series where you can meet students like Omar from Gambia, Ugur from Turkey, Allison from Colombia, and Moustapha from Djibouti.

We’ve taken advantage of the peace and quiet and revamped many open spaces at the university. You can now find new coworking spaces on Kronverksky 49 and Lomonosova 9, a new library on Lomonosova 9, and a new cafeteria in our main building. What’s more, we opened a new art space called Art.ITMO.Residency on Birzhevaya Liniya where several science art exhibitions have already taken place.

ITMO Avatar is getting more real – the digital assistant is turning interaction with the university's ecosystem into a tailor-made experience. It can keep track of university-related tasks and is expected to become a full-fledged communication and time management tool by 2021. Now, the Avatar project is also incorporating learning analytics and providing recommendations to students to help achieve their goals.